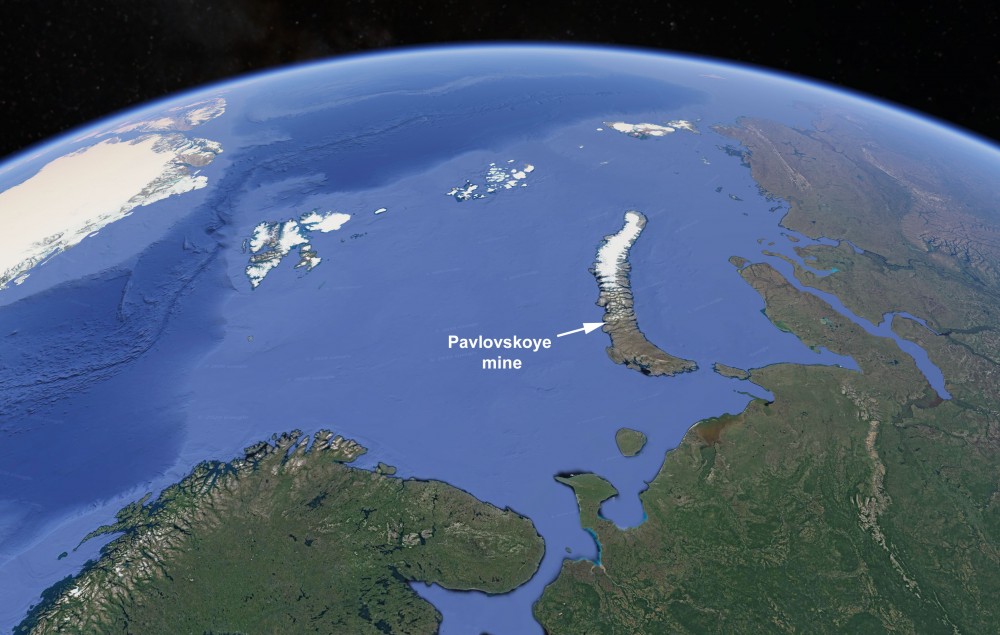 Three Finnish-based companies have prepared an outline design for the plant to be towed Russia's Pavlovsky lead-zinc mining project.
Read in Russian | Читать по-русски
By

The easiest, safest and most cost-efficient is to build all needed equipment on a huge barge at a mainland yard and tow it north to the Arctic archipelago of Novaya Zemlya. This is the conclusion drawn by the First Ore Mining Company, the subsidiary of Rosatom’s mining division, set up to develop what will be the northernmost mine inside the Russian Federation.

Although never made for northern mining projects, the concept of barge-mounted plants for Arctic industrial development is not unique. Novatek’s up-coming giant Arctic LNG 2 plant for the Ob Bay in Siberia will be for the most be built on barges at the Kola Yard near Murmansk. When ready, the barges with all high-tech gas processing plants are to be towed across the Barents- and Kara Seas and moored at the eastern shores of the Ob Bay on the Gydan Peninsula.

Building everything on a barge is simply much easier than bringing north all construction equipment and highly skilled personell.

Everything will be tested before towing starts and once in place it will all be ready to use.

For the Novaya Zemlya project, First Ore Mining Company teamed up with Aker Arctic in Finland on designing the special floating barge. Outotec prepared the design for the on-board processing plant and Wärtisilä has made the design for the power station.

It is still unclear which fuel will be used.

“The fuel type is still under discussion, but definitely it’s not a nuclear reactor,” says Deputy Head of Consultancy & Technology at Aker Arctic, Alexey Dudal, in an email to the Barents Observer.

Previously, Rosatom hinted about the possibilities to use a small-power reactor to provide energy to the Pavlosky mining complex.

Having the power plant on a barge brings less environmental impacts than an onshore installations.

“The ground in this area has permafrost, which is important not to disturb during the installation,” Dudal explains.

“In order to mitigate the human impact on the fragile Arctic environment, heat from the barge should also not affect the permafrost. After twenty years, the barge will be removed in reverse procedure. The land area should then be restored to its original condition.”

With an annual estimated output of 2,6 million tons of ore per year, the Pavlovsky lead-zinc mine is estimated to work for 20 years.

Once production is finished, the barge may either be towed back to a yard for decommissioning, or it could be used for ore processing at another remote located mining project in any coastal areas.

The concept design, including the processing plant, power plant and other equipment, shows the need for a barge in the size 176 meters long and 32 meters wide.

In comparison, Rosatom’s floating nuclear power plant in the port of Pevek in eastern Siberia is 144 meters long and 30 meters wide.

The mining area is about 12 km2, located in the Bezymyansky river basin on the western shores of the southern island of Novaya Zemlya.

About 50 km to the north, in the mountains along the Matochkin Strait, is Russia’s main testing ground for nuclear weapons. The last real nuclear warheads were tested here in October 1990. Since then, the tunnels have been used for sub-critical nuclear tests.