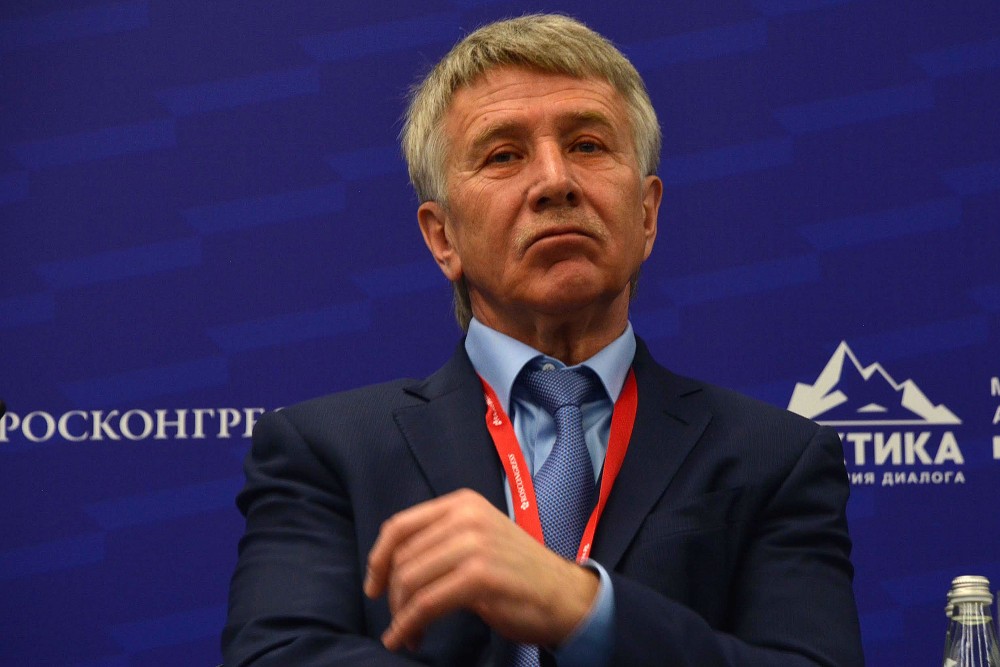 Despite declining prices and uncertain market outlooks, the leader of Novatek is confident that his company in ten years will deliver up to 70 million tons of liquified natural gas from its Arctic projects.
Read in Russian | Читать по-русски
By

As this year’s first shiploads of LNG are making it across the Northern Sea Route, the Novatek leader reiterates his grand plans for massive growth in the remote region. By year 2030, a total of 70 million tons of liquefied natural gas will be produced in the company’s Arctic projects, he underlines.

The carrier “Christophe de Margerie” on the 18th May set out from Sabetta in the Yamal Peninsula and on the 30th May reached the Bering Strait.

It was the earliest voyage of the kind ever across the eastern part of the Russian Arctic shipping route. The “Christophe de Margerie” is followed by the “Vladimir Voronin” that is expected to reach the strait that mark the end of the NSR by the middle of this week. Both carriers proceed towards the Chinese port of Jingtang.

While the “Christophe de Margerie” was escorted by nuclear powered icebreaker “Yamal”, the “Vladimir Voronin” sailed most of the way without icebreaker assistance.

“This unique voyage is a result of Novatek’s carefully elaborated logistical decisions, the extraordinary ice characteristics of our Arctic tankers and the smooth work of our teams,” Leonid Mikhelson says in a comment.

He underlines that his company now is actively working with the extension of shipments across the eastern sector of the shipping route and that he expects further support from the Russian state.

“This support will allow us to significantly contribute to the boost of shipping volumes on the Northern Sea Route by developing major projects on production of up to 70 million tons of LNG by year 2030,” Mikhelson says.

Novatek today is the main driver in Russia’s development of Arctic shipping. The company’s Yamal LNG has the capacity to produce 16,5 million tons per year. The upcoming Arctic LNG 2 project will increase that volume with almost another 20 million tons.

In addition comes an extension of the Yamal LNG and the Ob LNG project. Both of the latter two projects are however delayed. According to news agency Prime, the Ob LNG will not come into production before 2024 or 2025.

The mentioned projects will have a total annual production of about 45 million tons. The company is likely to launch its projected Arctic LNG 3 or Arctic LNG 1 to reach the target 70 million.

Shipping on the Northern Sea Route in 2019 reached 31,5 million tons. In the course of the first five months of 2020, the shipping volumes on the route amounted to 12,25 million tons, the Russian Federal Agency for Maritime and River Transport informs at Instagram. That is an increase of almost 3 percent from the same period in 2019.