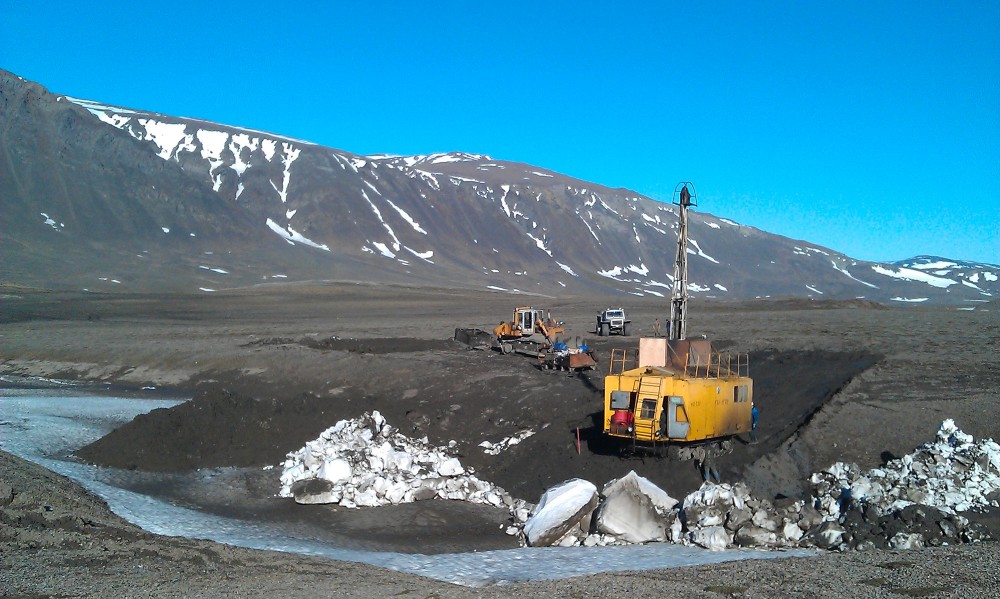 About 100 workers are drilling 45 exploration wells in the remote Arctic Pavlovsky license area.
Read in Russian | Читать по-русски
By

It is Rusburmash, a subsidiary of nuclear power company Rosatom, that this summer unfolds major exploration activities in the far northern archipelago of Novaya Zemlya.

The drilling is part of preparations for launch of the Pavlovsky mine, a project that is to become one of Russia’s biggest sources of zinc and lead.

By 1st June, about 100 workers had been moved to the license area together with four drilling rigs and various other equipment.

The Pavlovsky area is located on the southern of the two islands in Novaya Zemlya, about 17 km away from the Bezimyannaya Bay.

Housing facilities for the workers have been built by the Bezimyannaya Bay, as well as inland by the field area, Rusburmash informs.

A total of 45 wells are to be drilled in the course of summer. Activities will continue until October.

The exploration drilling is to help enhance the attractibility of the project and raise interest among investors, says Igor Semyonov, General Director of the First Mining Company.

It is to help developers find the ultimate technical decisions for the project and reduce capital investments, he says in a comment.

It is the First Mining Company that is project developer of the Pavlovsky mine. The subsidiary company has since the field discovery in 2001 been engaged in project development. The opening of the project was originally to take place in 2019, but has now been postponed to 2023.

Included in the project is the building of a new seaport in the nearby Bezimyannaya Bay. It will reportedly have capacity to handle up to 500,000 tons of goods per year.