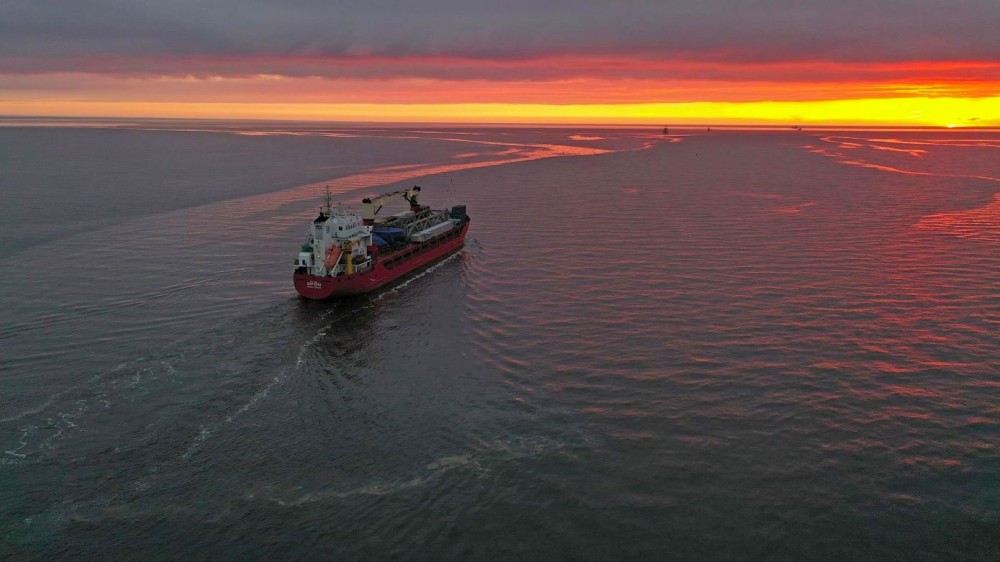 Almost a month after it set out from Severodvinsk, cargo ship "Barents" arrives in the Russian Far East with key components for the space launch center.
Read in Russian | Читать по-русски
By

It is a unique transport operation, shipping company ECO Shipping underlined as the vessel Barents on the 17th July sailed out from Severodvinsk, northwest Russia, with course for the Northern Sea Route.

On board the cargo vessel was a 2,000 ton load for space center Vostochny, including key parts for a rocket launchpad.

Less than a month later, the Barents arrives in Sovetskaya Gavan, the port on Russia’s Pacific coast. The launchpad will now the reloaded onto barges that are to be towed up the rivers of Amur and Zeya, space agency Roscosmos informs. They are expected to make it to Vostochny in the middle of September.

According to Roscosmos General Director Andrey Okhlopkov, the launchpad will be erected on site already in November.

The voyage from Severodvinsk in western Russia to Sovetskaya Gavan on the the country’s far eastern coast is estimated to more than 11,000 km. It was still considered as the smoothest way to transport the big cargo to its destination.

It is not the first time that the Northern Sea Route is used as transport corridor for special deliveries. In July this year, two heavy lift ships from Dutch company Big Lift transported 4,500 tons of equipment and big modules to the Russian Arctic town of Tiksi, from where the goods were shipped up river Lena towards a new polymeric plant in Ust-Kut, Irkutsk region.

The Vostochny Cosmodrome is Russia’s new civilian space center built to reduce dependency on the Baikonur cosmodrome in Kazakhstan. Construction started in 2011 and and has been marred by delays and corruption scandals.