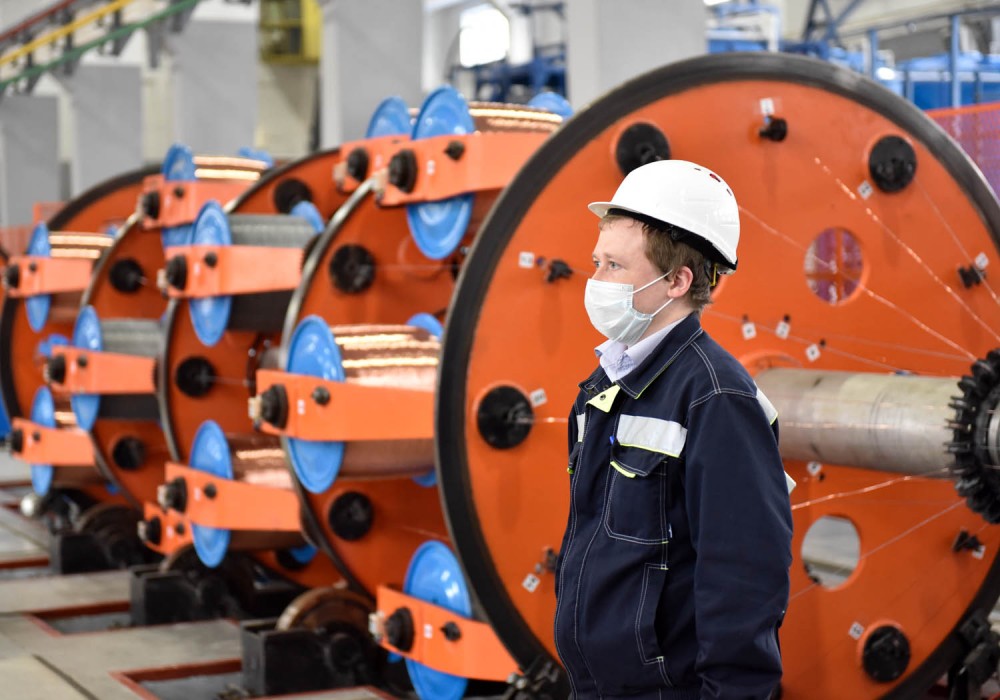 The fiber-optic cables will be laid in the sea floor from Teriberka north of Murmansk to Vladivostok in the Far East. Photo: Ministry of Information Policy of the Murmansk Region

Six pairs of fiber-optic cables with a bandwidth of up to 104 Tb/s will be laid on the seafloor along the 12,650 kilometers distance from the Barents Sea coast to Vladivostok in Russia’s Far East.
Read in Russian | Читать по-русски
By

300 people are employed at the new plant in Murmansk that in the course of the next five years will considerably improve communication infrastructure in Russia’s Arctic regions.

The Polar Express fiber-optic cable project will in the initial phase provide 150 kilometers per month, but will when in full production reach 3,000 kilometers per year. By 2026, the high-speed communication cable should be completed, the Government of Murmansk region informs.

A fleet of cable and auxiliary and research vessels will be engaged to lay the cable. To avoid external damage from anchor ice along the north coast of Siberia, the cable will partly be laid down 1,5 meters under the seafloor.

With connections to port infrastructure, oil-and-gas facilities and other industrial sites all along the Northern Sea Route, the fiber-optic cable will become an alternative to satellite communication in northern latitudes. It is both a reliable and affordable provider of high-speed internet access to Russia’s Arctic regions.

The line will go on land from Murmansk to Teriberka, from where the first subsea trunk will continue across the Barents Sea to Amderma in the Nenets Autonomous Okrug. Along the Northern Sea Route, Arctic towns like Dikson, Tiksi, Pevek and Anadyr will be connected, before the line will be built to Petropavlovsk-Kamcharsky and Yuzhno-Sakalinsk on the Pacific coast.

Vladivostok is the final stop in Russia, but connections could be added to other countries in East Asia.

“The Polar Express is a unique project for the Arctic, the whole world, and our country,” said Murmansk governor Andrey Chibis as the plant started production.

“It is great the main key production of such a special cable has been launched in Murmansk… adding 300 high-tech jobs for our residents,” the governor said.

Operator of the Polar Express will be the Federal State Enterprise Morsvyazsputnik, a company today providing phone and data communication services in Russia.

Morsvyazsputnik is currently negotiating with potential partners to ensure the Polar Express cable gets connection to existing domestic Russian and international backbone networks.