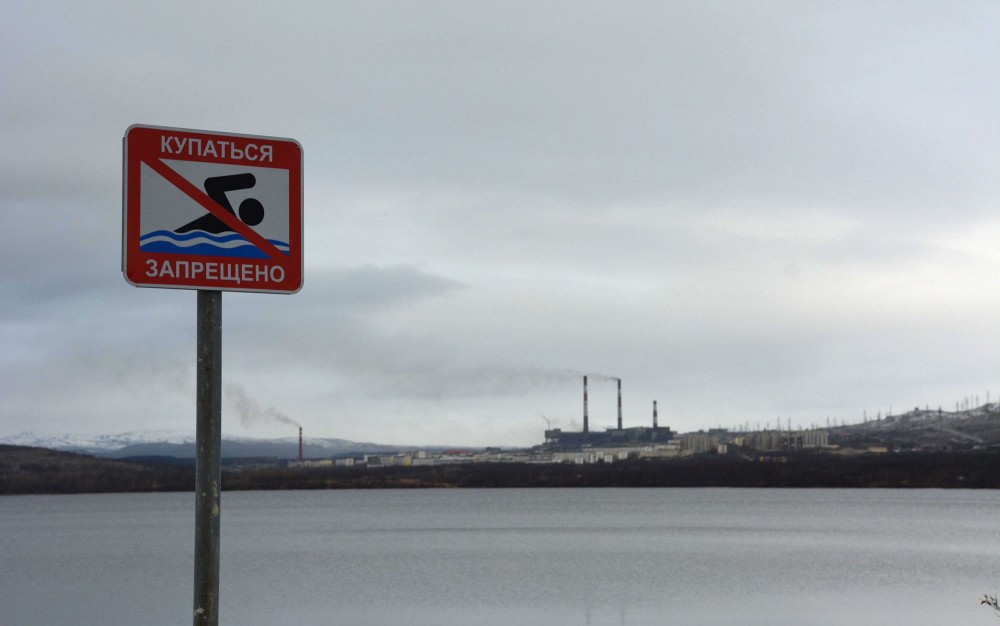 The lake of Kuetsjarvi is located near the Russian border town of Nikel. Photo: Atle Staalesen

But one of them is reported to undergo environmental recovery.
Read in Russian | Читать по-русски
By

The comprehensive annual reports on the state of environment published by the Ministry of Natural Resources have repeatedly warned about the dire state of several rivers in the Murmansk region.

According to the Ministry, several of the most polluted rivers and lakes in the Russian Arctic are located in Murmansk. And the situation has not gotten any better over the last years. On the contrary, in 2020 there was a 36 percent increase in the number of cases of serious pollution in regional waterways compared with 2019, the latest report reads.

The Barents Observer has a copy of the document.

In the course of the year, pollutants like copper, nickel, mercury, aluminium, as well as other substances, have been found in higher levels than before, and a total of 170 cases of ‘high pollution’ and 106 cases of ‘extremely high pollution’ were recorded in 27 different rivers and lakes.

The situation is of special concern in Pechenga, the district located along the border to Norway and Finland, and rivers like the Khaukilampijoki, Luottnjoki and Kolosjoki are considered among the most dirty in the country.

Most of pollution in the Russian border area is linked with Nornickel, the company that operates the local nickel mines and processing plants. In Zapolyarny, a several thousand square meter reservoir with waste waters from the industrial activities is a serious source of pollution.

The huge reservoir is most likely a key source of pollution for the adjacent rivers. Among them is the Pechenga River that runs into the Barents Sea.

However, amid the worsening state of local rivers, there is an exception. According to researchers, the river of Kolosjoki is now slowly getting cleaner. The positive trend comes after Nornickel in late 2020 closed its old and highly polluting smelter in Nikel.

“When remembering what was here 20-25 years ago, the serious industrial pressure, then what we see now is a completely different picture,” he told KN51, a corporate newspaper of Nornickel.

According to the researcher, local fishermen no longer get blue-coloured pike in their nets.

Previously, pike caught in the area had a light blue flesh. “For me, it was an astonishing picture”, Lukin says and adds that foreign colleagues were “shocked” by images of the fish.

The researcher argues that the environmental situation in the Kolosjoki has gradually improved over the last 7-8 years.

“The pike that we now catch in the area is absolutely normal, almost completely healthy fish.”

The Kolosjoki runs through key parts of the recently abandoned industrial areas in Nikel, and researchers will now study the effects on the large volumes of leftover slag on the local ecosystem.

The Kolosjoki runs into the lake of Kustjarvi, which is connected with the Pasvik River, the waterway that separates Russia and Norway.