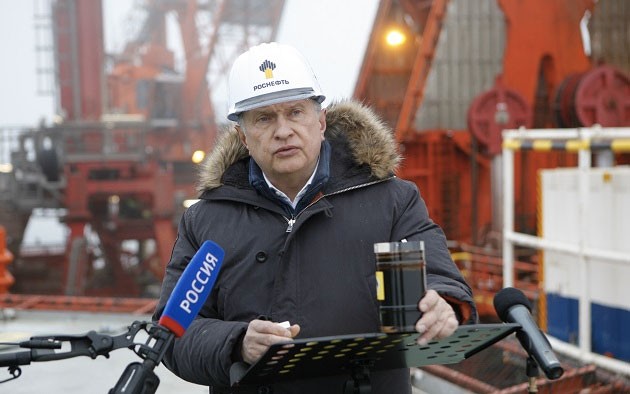 Igor Sechin and his Rosneft is no longer welcome in the Norwegian oil and gas industry. Photo: Rosneft

Ten years after the delimitation of Norwegian-Russian Arctic waters and subsequent signing of energy partnerships, companies Rosneft and Lukoil are suspended from Norway's Oil and Gas Association
Read in Russian | Читать по-русски
By

“In the light of the situation in Ukraine, the board of Norwegian Oil and Gas have decided to suspend the membership of the Russian companies Lukoil Overseas North Shelf AS and RN Nordic Oil AS,” a statement reads.

The decision comes after Russia’s invasion and grave war crimes in the neighbouring country.

RN Nordic is a regional subsidiary of Rosneft, the state company controlled by Putin’s close friend and ally Igor Sechin.

Partnerships with Russian companies are now terminated across industry sectors.

On 27 February, bp announced that it will exit its shareholding in Rosneft. The British energy company owns 19.75% shareholding in Rosneft. In addition, bp chief executive officer Bernard Looney is resigning from the board of Rosneft with immediate effect. The other Rosneft director nominated by bp, former bp group chief executive Bob Dudley, is also resigning from the board, the company informs.

“Russia’s attack on Ukraine is an act of aggression which is having tragic consequences across the region. bp has operated in Russia for over 30 years, working with brilliant Russian colleagues. However, this military action represents a fundamental change,” says bp chair Helge Lund.

Chief executive officer Bernard Looney added: “Like so many, I have been deeply shocked and saddened by the situation unfolding in Ukraine and my heart goes out to everyone affected. It has caused us to fundamentally rethink bp’s position with Rosneft.

The British company has a long history of relations with Russian oil companies. In 2003, it co-founded the TNK-BP company which in 2013 was acquired by Rosneft. The two companies have also cooperated closely in field development, including in the Arctic.

bp’s withdrawal from Russia was soon followed by Norway’s Equinor. Also Total now follows suit. In an announcement on the 1st of March, the company said it will no longer provide capital for new projects in Russia.

“TotalEnergies condemns Russia’s military aggression against Ukraine, which has tragic consequences for the population and threatens Europe,” the company says.

Total has a comprehensive energy partnership with Novatek. Together, the French and Russian companies have developed the Yamal LNG, the biggest liquified natural gas project in the Arctic ever. Total is also co-owner of the Arctic LNG 2, the new project in Gydan due to come into production in 2023.

However, Total has not announced any plans to sell its 16 percent ownership stake in Novatek.

The Arctic has been a key area of operation for the joint ventures between Russian and western oil companies. The partnership between Equinor and Rosneft was established in 2012 and aimed at exploring vast offshore and on land resources in the Russian Arctic.

A part of the deal was Rosneft’s stake in licenses in the Norwegian part of the Barents Sea. A well was drilled in a far northern block in 2013. However, the well turned out to be dry.