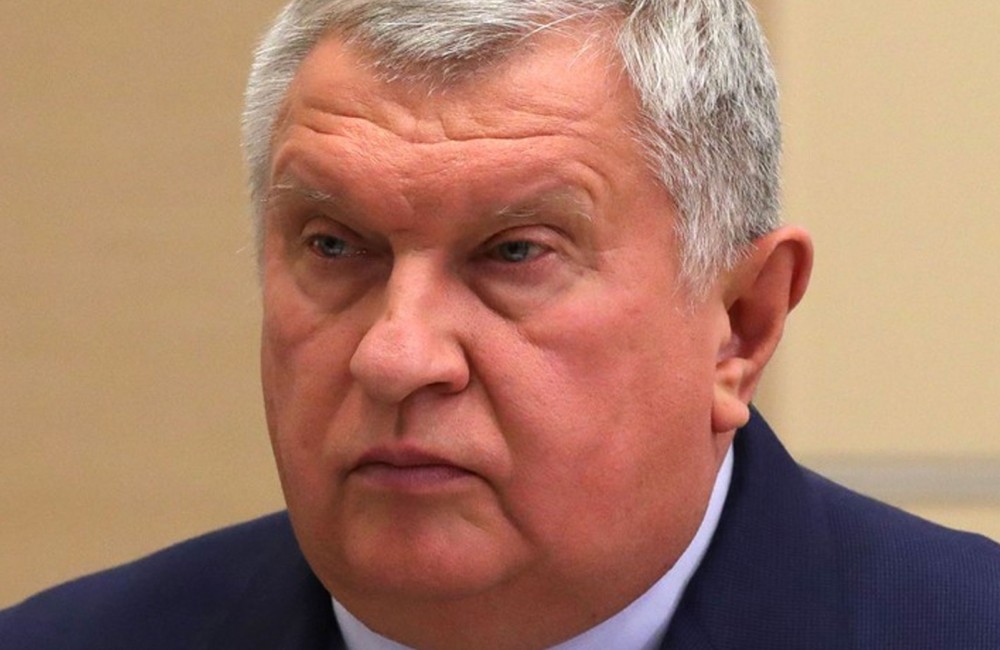 A great Flood is on its way from the West, Igor Sechin warns. He finds salvation in Arctic project Vostok Oil.
Read in Russian | Читать по-русски
By

It was one of the key prophets of the Putin era that on the 18th of June took the stage in the St.Petersburg Economic Forum. Igor Sechin has been a close ally of Putin since the early 1990s and gained great power and wealth through the friendship with the President.

But the position of Sechin and his Rosneft oil company is now under growing pressure. The war against Ukraine has made Russia an outcast in international affairs and western sanctions increasingly threaten the country’s economy.

An atmosphere of growing despair could be sensed in the hallways of the Economic Forum. That sense was embodied by Vladimir Putin, who on Friday spoke ardently about “tectonic changes” in the world order and the West’s “Russophobia.” Igor Sechin followed suit.

In his lengthy speech delivered at the Forum, he with biblical references outlined an approaching cataclysm. All the evils are all triggered by the USA and EU, Sechin argued, and outlined how the western sanctions are ‘illegal.’

Sechin looked embarrassed and uncomfortable as he read from the manuscript before him. An interactive presentation displayed on screens included several anti-western illustrations, among them a depressed-looking American eagle with wings down. The front-page of the presentation showed a floating craft drifting in stormy waters under the title “New Global Energy Market. Crusade Against Russian Oil. And Where is Noah’s Ark?”

The speech was streamed and remains available at website tek-all.ru

Sechin could have added how western countries now seize property belonging to sanctioned Russian oligarchs. For example, he could have mentioned how Spanish authorities in March detained his own 135 meter long yacht Cresent believed to have a value of more than $600 million. But he did not.

Instead, the powerful oil company leader expressed concern about how the sanctions now have devastating effects on the world economy, and first of all on the economies of the USA and EU themselves. The higher energy prices will mean “economic suicide” for the EU, he argued, and added that it “will lead to poverty in Germany.”

He did not say a word about how the Russian energy sector now faces serious crisis from the lack of western technology, broken logistical chains and closed markets.

Sechin compares the crisis with the great Flood described in the Book of Genesis.

And like in the Bible, there is salvation for the chosen few. According to the powerful energy chief, the Noah’s Ark of today is located in the Russian Arctic and is called Vostok Oil.

This giant oil project under development along the remote shores of great river Yenisey is “the only project in the world that can bring a stabilizing effect on the oil market,” he said. He added that the project includes exports through the Northern Sea Route, and that there consequently “will be no dependency of foreign companies and logistics chains.”

Furthermore, Sechin argued, the project is technologically not difficult for Rosneft to develop. “We have all needed competences, knowledge and experience, and in these kind of projects 98 percent of technology is produced in Russia,” he underlined.

To pinpoint the importance of the project, he had brought with him a bottle of the far northern oil from the project. The bottle had the shape of a drilling rig. It might have been the same bottle that he put on the table during a meeting with Vladimir Putin in 2020.

The Vostok Oil will reportedly produce as much as 115 million tons of oil per year by year 2033.

In his presentation, Sechin explained how Russian contracting companies now are working round the clock with the project, and that more than 4000 people and 2000 pieces of equipment are on site.

Among the objects under construction is a pipeline to the projected Sever Bay terminal, power lines, worker villages and mooring points on the coast of the Yenisey Bay.

“The project is alive and is developing in accordance with plans, and we have full confidence that it will be completed,” Sechin explained.

“But we have to do it before the Flood,” he underlined, and added that he “will be happy to see all friends joining us in building of this new Ark of the world economy.”