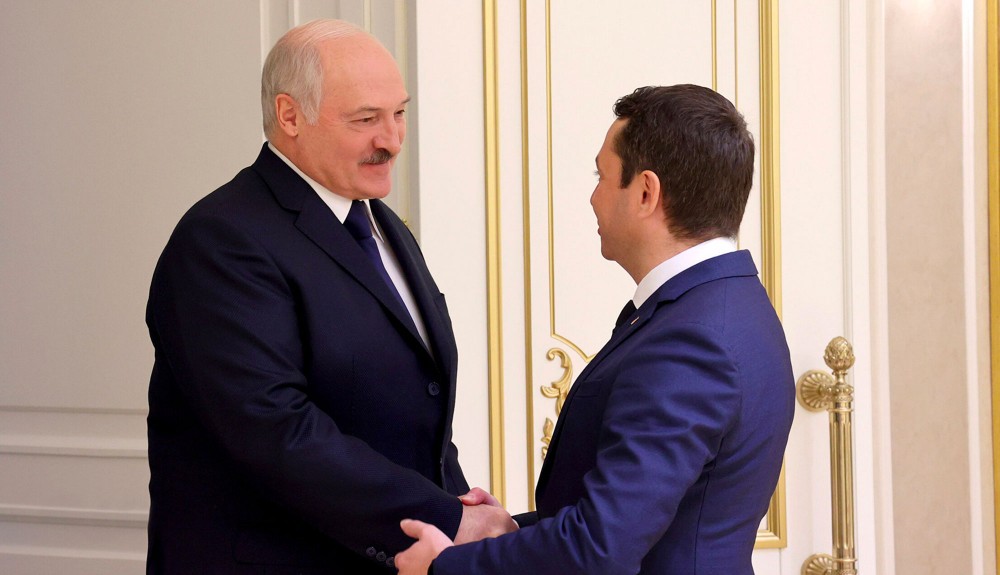 Sanctioned Belarusian fertilisers to be exported from Murmansk

President Aleksandr Lukashenko agrees with the Governor of Murmansk about the establishment of a far northern hub for Belarusian fertilisers.
Read in Russian | Читать по-русски
By

“Lukashenko gave his principle consent to the export of Belarusian fertilisers through the Port of Murmansk,” Governor Andrei Chibis said proudly after his meeting with the Belarusian leader on the 8th of September.

“This is very important for the Murmansk region, for the development of the City of Murmansk as a logistics hub and base for the Northern Sea Route,” Chibis added in a comment.

According to the Governor, the project has been discussed by the parts for about a year. It comes in the wake of the introduction of EU sanctions against the Belarusian fertiliser industry.

The EU in June 2021 introduced restrictions on the potash fertiliser export from Belarus following the country’s grave human rights violations. Similar restrictions followed from the USA, Canada and the UK.

In March this year, the EU followed up with an import ban. Previously, up to 12 million tons of Belarusian potash had annually been exported through the Lithuanian port of Klaipeda.

Belarus is normally one of the world’s biggest exporters of potash, most of which is sent to Brazil, India and China. The export has since the introduction of the sanctions been sent to terminals in St.Petersburg.

According to Lukashenko, the alternative route to Murmansk has been discussed with President Putin. He admitted that he has an interest in the Northern Sea Route.

“The northern direction significantly complements our cooperation in the field of logistics with St.Petersburg, and I really believe that some day the northern path across the Arctic Ocean will explosively increase,” he told Governor Chibis.

“It will be like a bomb,” he underlined, and added that Belarusian companies potentially can supply millions of tons of goods along the route.

Also Murmansk is a major producer of fertilisers. Regional company units of Phosagro and Acron produce major volumes of apatite, and ship their products from terminal facilities in the Kola Bay.

In October 2019, a first shipload of fertilisers was sent along the Northern Sea Route to buyers in Asia.

According to Acron Vice President Dmitry Khabrat, the Northern Sea Route helps «cut expenses on logistics and opens new opportunities for delivery of our fertilizers to the countries in the Asian-Pacific region.»

Expanded capacity for exports of fertilisers will come as Murmansk completes the building a the Lavna terminal and adjacent railway line on the western side of the Kola Bay.

Apatit moves out of Murmansk