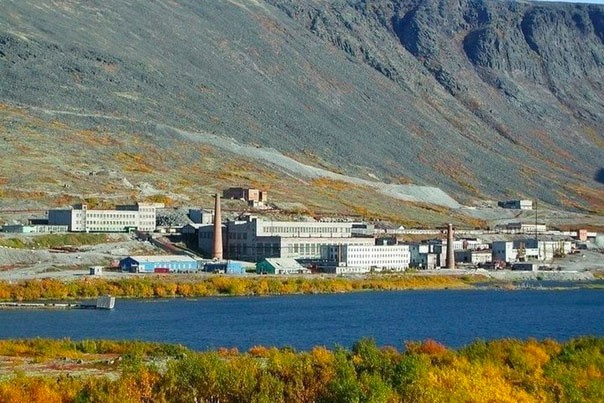 The Lovozero Ore Processing Plant in the Kola Peninsula is now on state hands.
Read in Russian | Читать по-русски
By

Russian state enterprises are strengthening their role in the country’s mining and mineral industry.

In early May this year, the Russian General Prosecutor approved a request from the Anti-Monopoly Service for a state takeover of company Fin-Project.

The takeover has now been finalised, Governor of Murmansk Andrei Chibis confirmed during his visit to Lovozero this week.

Fin-Project is controlled 75 percent owned by three Cyprus-registered companies. Behind them all is believed to stand businessman Petr Kondrashev.

According to the General Prosecutor, the Slontecco Investments Ltd, Vojiesko Holdings Ltd  and Fullcircle Facilities Management Ltd all belong to Petr Kondrashev and their acquisition of the Lovozero Ore Processing Plant was illegal, newspaper Kommersant reports.

The acquisition of the strategically important company, conducted several years ago, should have been approved by the government, the prosecutors argue.

The state takeover of the enterprise comes after several similar cases.  Earlier this year, the state took over control over the Solikamsk Magnesium Plant.

The Lovozero Ore Processing Plant is now likely to end up as part of state company Rosatom. The nuclear power company has over many years boosted its control over key strategic assets in the Russian mineral and metal industry.

From before, Rosatom is a major industrial company in the Kola Peninsula. Recently, it struck an agreement with mining and metallurgy company Nornickel over the development of the Kolmozero lithium mine.

Rosatom and its subsidiaries is also the developer of the Pavlovsky mine in archipelago Novaya Zemlya.

The Lovozero Ore Processing Plant is located in the central parts of the Kola Peninsula and has been in operation since the 1930s. It produces about 10,000 tons of loparite concentrate, a unique mineral that is found only few places on the planet.

Since the takeover by new owners in 2005, major efforts have been made to modernise company and its ore extraction, the Lovozero Ore Processing Plant informs on its website.

According to Governor Chibis, the state takeover opens new development perspectives for the town of Lovozero.

“I am happy that this unique rare earth metals company, which has been saved despite all kind of troubles, is now state property,” Chibis said on his Telegram channel.

“Now the interests of the company will be represented by a new shareholder owned by corporation Rosatom,” he underlined, and added that “all of this became possible thanks to the work undertaken by Governor Chibis and the Murmansk Government in relation with federal authorities.”

However, the comments by the Governor might have been premature and not approved by the industrial stakeholders themselves. Shortly after his posting on Telegram, the information about Rosatom and state control was removed.