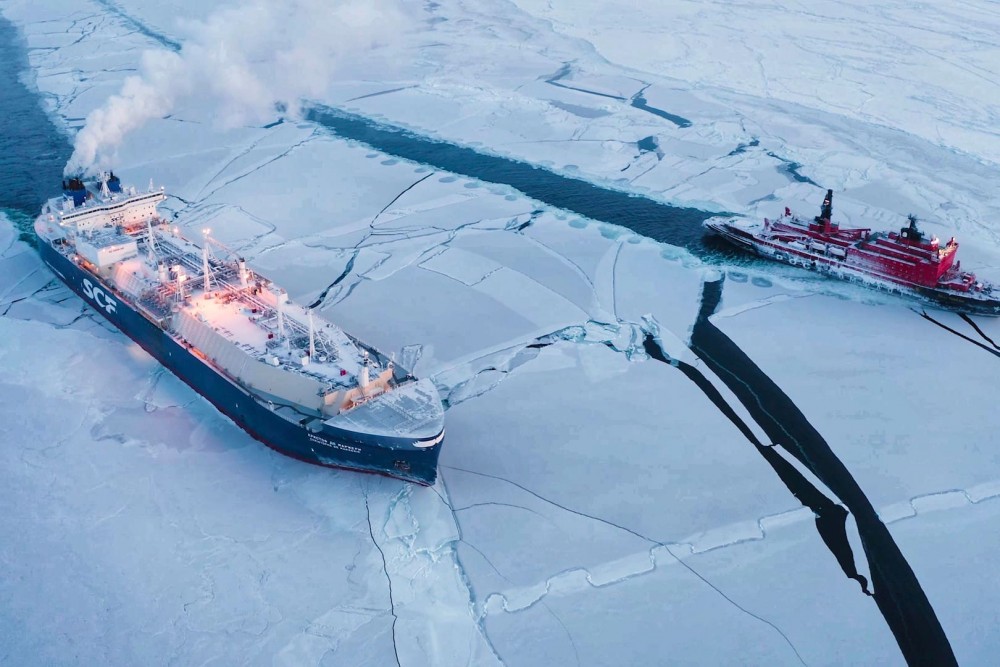 A major delay in the delivery of LNG tankers has serious implications for the Russian natural gas project Arctic LNG 2.
Read in Russian | Читать по-русски
By

The Zvezda shipyard that is building an ice-class fleet of carriers for the Arctic LNG 2 project will not be able to deliver the first ship until 2024 at earliest. Similar delays will apply to another four vessels, newspaper Kommersant reports.

The first carrier was originally to be delivered in March 2023, and the subsequent ships in September, October, November and December that same year.

The Zvezda yard in Vladivostok was granted a contract to build a total of 15 Arc7 carriers for the Arctic LNG 2. Another six carriers were to be built by the South Korean DSME.  Zvezda launched construction of the first of the 300 meter long ships in June 2021.

All of the vessels are designed for shuttling across the most icy parts of the Northern Sea Route, from the project terminal of Utrenneye to buyers in Asia.

The deal between Novatek’s and Zvezda was made despite the lack of experience in Russia to build vessels of the kind. The brand new yard in the Russian far east is owned by state oil company Rosneft and designed for construction of large-size tankers, ice-class ships, rigs and platforms.

Rosneft and its Zvezda partners have leant heavily on competences from South Korea. But that came to a halt following Russia’s onslaught on Ukraine.

The international sanctions imposed on Russia for its war aggression now seriously hurt the yard.

In May, the Koreans pulled out of the deal with Novatek. And Zvezda has major problems with obtaining technology for its projects.

Western companies Technip, Saipem and Baker Hughes have all exited the project. They have reportedly been replaced by Nova Energies, Green Energy Solutions, as well as Turkish Karpowership.

The news about Zvezda’s delays with shipbuilding comes at the same time as Novatek informs about successful progress in the Arctic LNG 2. The first of the projected three gravity-based structures is now reportedly 99 percent ready, a TV report about the project claims. The structure is due to be towed from Murmansk to the Gulf of Ob in late summer 2023. It will be able to produce up to 6,6 million tons of liquified gas per year.

However, without the new Arctic tankers, Novatek will hardly be able to meet its export commitments as planned, and at least not to Asia through the Northern Sea Route.

When completed, the Arctic LNG 2 will be Russia’s biggest project of the kind with an annual production up to 19,8 million tons. About 80 percent of the natural gas is planned exported to Asia.