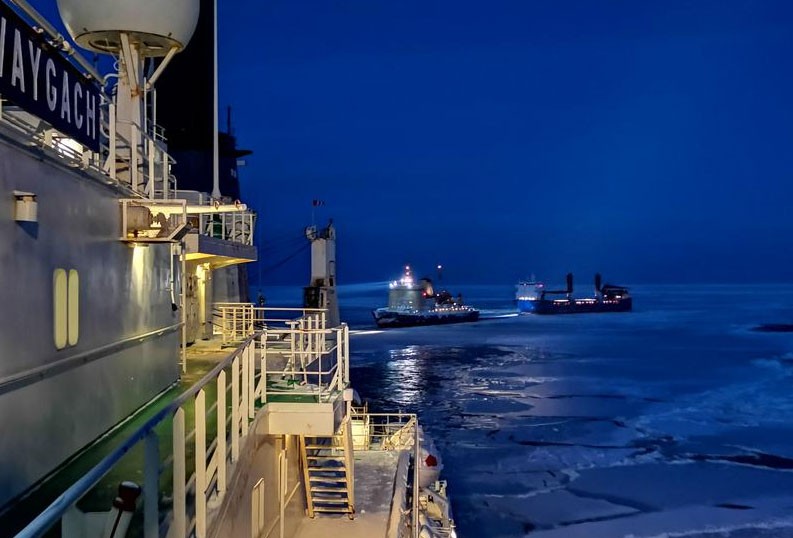 According to route operating company Rosatom, goods volumes in the remote Arctic waters will this year reach 34 million tons.
Read in Russian | Читать по-русски
By

Moscow has for years promoted the Northern Sea Route as a prospective trade corridor between Europe and Asia, and federal plans outline a boost in shipments to 80 million tons by year 2024 and 150 million ton by year 2030.

However, the East-West corridor is today clearly not developing into an attractive international trade route as envisioned by Vladimir Putin and his entourage.

In 2022, no foreign vessels, not even Chinese, sailed on the route. The only exception is the fleet of LNG carriers that carry flags from Hong Kong, Cyprus and Bahamas and operate for Novatek’s Yamal LNG.

Meanwhile, in 2021, more than 150 foreign shipments were made, several of them transit between European and Asian ports, a federal list shows.

An early freeze of the waters has made shipping in the area no easier. Already in early November this year, there were major quantities of multi-year ice across east Arctic waters.

This year, a total of 1161 shipments were approved for sailing on the route, a survey provided by Rosatom shows. The by far biggest number of vessels were contracted by companies involved in oil ang gas operations in the Yamal region, as well as the new industrial projects in the Ob and Yensey Bays. Among the latter are Novatek’s Arctic LNG 2, the Severnaya Zvezda’s Syradasaiskoye coal project and Rosneft’s Vostok Oil.