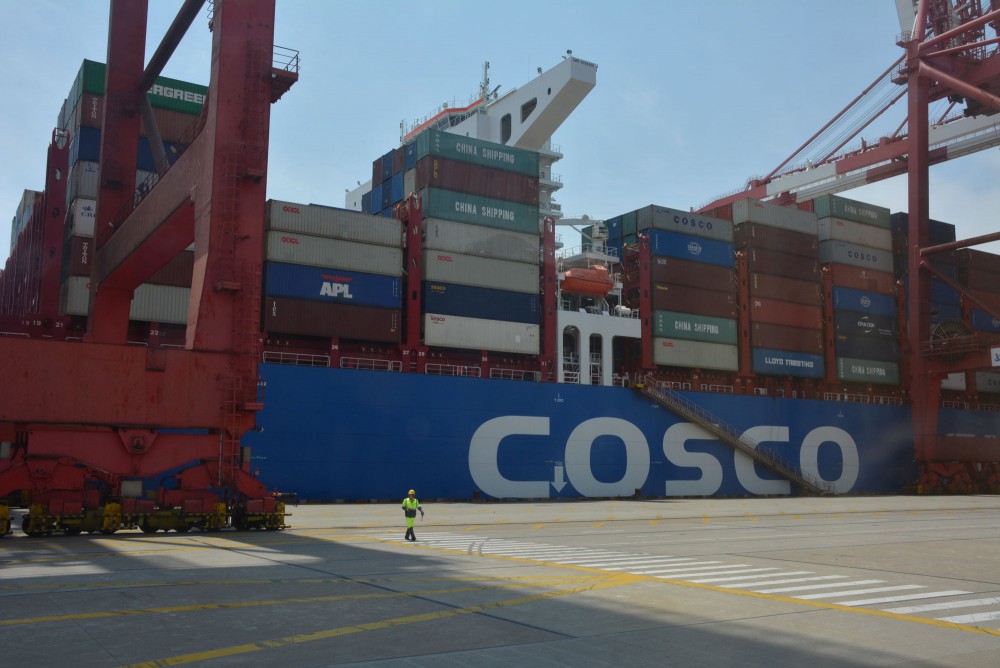 For the first time in several years, China's state shipping company COSCO is not not sailing on the Northern Sea Route.
Read in Russian | Читать по-русски
By

The far northern shipping route that stretches along Russia’s Arctic coast is almost ice-free and shipping in the area will soon reach this year’s peak.

Ice maps show open water across the lion’s share of the more than 5000 km long route that connects the Pacific with European Russia.

But the vanishing sea-ice notwithstanding, there will this year hardly be any foreign ships sailing the Northern Sea Route.

That includes the Chinese.

Judging from data from the Russian Northern Sea Route Administration, COSCO has not applied for sailing permission for a single of its vessels.

Over the past years, the Chinese shipping company has sent a number of ships across the Arctic route. Several of them have carried big industrial modules and components, like wind turbines, to Western Europe and Scandinavia.

But this year, the Chinese appear to shun the north Russian waters. The absence comes despite COSCO’s continued cooperation with Russia.

While practically all of the world’s biggest shipping companies have cut ties with Russia following its war against Ukraine, the Chinese company continues to operate in Russia.

As of 22nd of August, the managing body that is run by Russia’s state nuclear company Rosatom has granted sailing permission to a total of 869 vessels. With the exception of LNG carriers that shuttle to natural gas terminal Sabetta, they are all Russian.

“The feeling among international shippers and traders is that everything that goes through Russia now is like acid,” he says.

Grigoriev, who has worked with issues of Russian Arctic transportation and natural resources for more than two decades, says the Chinese for a long time carefully have studied the Northern Sea Route.

“I believe China looks at the Northern Sea Route as a back-up option, as one of several silk roads that can be applied in case of conflicts on the southern routes,” the expert says.

According to the Northern Sea Route Administration, there were on the 19th of August more than 80 ships on the route. Most of them work for companies involved in regional oil, gas and coal projects, among them Novatek’s Arctic LNG 2, Rosneft’s Vostok Oil, the Syradasaysky coal project in Taymyr, as well as Gazprom’s offshore well drilling.

Chinese companies are directly and indirectly involved in several of the projects, and first of all in the LNG projects. The CNPC and the Silk Road Fund own 20 percent and 9,9 percent respectively of the Yamal LNG. In the Arctic LNG 2 project, the companies CNPC and CNOOC both own 10 percent stakes.

The topside modules for gravity structures to be applied in the Arctic LNG 2 were originally to be manufactured at Chinese yards. However, the yard has reportedly decided to halt cooperation with the Russian project developers following the attack on Ukraine.

Shipping company COSCO directly and indirectly also owns stakes in most of the 15 Arc7 tankers built for the Yamal LNG.