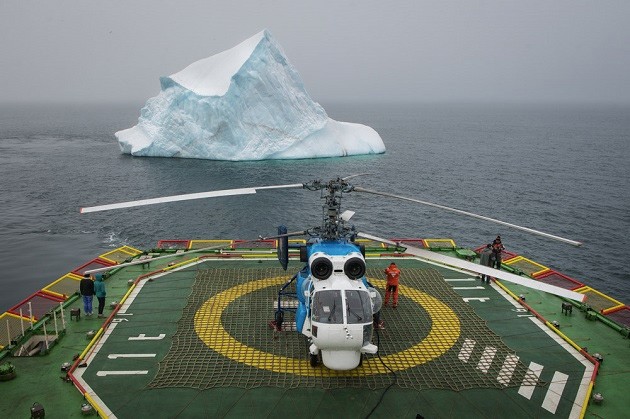 Both Rosneft and Lukoil expand into the Taimyr and Laptev areas. Illustration photo: Rosneft.ru

Rosneft’s and Lukoil’s dispute over the oil resources of the Laptev Sea shows that the Russian oil industry remains hungry for additional Arctic licenses.

One might think the interest in the most remote and complex areas on the Russian Arctic shelf is like zero following the grave crisis in the oil industry. That, however, appears not to be the case. Despite western sanctions and the drop in the oil price, Russian oil companies continue to expand their Arctic license portefolios.

Rosneft now confirms that it is requesting ownership of a license covering the waters of the Khatanda Bay and parts of the Laptev Sea, one of the most remote and unavailable places in all of Russia.

Located along the coast of the Taimyr Peninsula, the northermost territories on the Russian mainland, the area is locked up in deep ice major parts of the year. There is hardly any infrastructure in the area, and the nearest settlements of Syndassko and Novorybnoye only have a few hundred inhabitants.

In this area, Rosneft believes it will discover at least 83 million tons of oil and 230 billion cubic meters of gas. And the company is likely to get what it wants. With a monopoly position on the shelf, Rosneft can obtain most of the licenses it wants without tenders.

According to newspaper Vedomosti, the company will get the license to the offshore area already before year’s end. License obligations include exploration and the drilling of at least one well before year 2025, the newspaper informs.

Not only Rosneft has shown interest in the area. As previously reported, Lukoil earlier this year won the East-Taimyr license, the right to explore and develop the huge and pristine land-based areas in region. The license was won in strong competition with Rosneft. The state company disputed Lukoil’s victory in the license tender, but lost in court. At the same time, it requested the license to the nearby offshore areas.

Previously, also Lukoil expressed interest in the nearby offshore areas, but the company has reportedly now given up on that plan, Vedomosti reports.