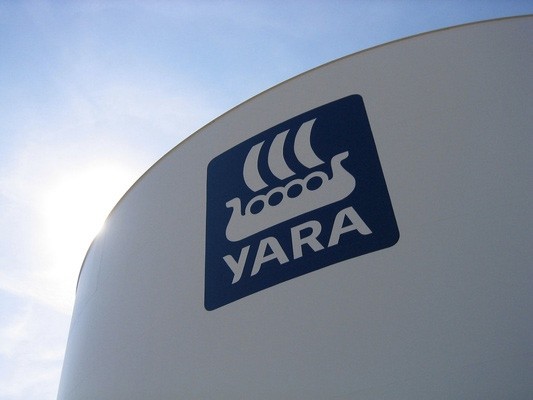 Bribery might have inflicted major losses on us, the Russian company says as it sues its former Norwegian partner.
By

Russian company Phosagro and the Norwegian Yara have for decades cooperated closely over production of fertilizers. Major volumes of apatite from Phosagro’s mines and processing plants in the Kola Peninsula have been shipped to Norway and Yara’s facilities in Porsgrunn and Glomfjord.

That cooperation got a major blow with the corruption scandal which rocked Yara and gave the company a record-high 295 million NOK fine in 2014.

In the course of the investigations, Yara admitted that it paid two leading representatives of Phosagro a total of $4 million in bribes.

Those bribes might have given the Norwegian company a major price reduction on the apatite ore acquired, Phosagro now argues. The company recently filed a case against Yara at the Stockholm Arbitrary Court. It demands $140 million in compensation from the Norwegians, newspaper Dagens Næringsliv reports.

In a previous report, the Dagens Næringsliv reported that Yara, through its Switzerland-based trading company, in fall 2011 transferred its ownership stake in a Russian mining company – most probably Phosagro subsidiary Apatit — to a Cyprus-based company with unknown owners. The stake had a value of about 800 million NOK, and an estimated 700 million NOK of that sum ended up in the pockets of the middlemen.

The main owner of Phosagro is Andrey Guriev, a former senator for Murmansk Oblast.

Phosagro is well-connected with Norway through its board Chairman Sven Ombudstvedt, the Norwegian who has served in the company board for several years. Paradoxically, Ombudstvedt himself has a background from Yara, where he for a longer period worked in the company management team. Since 2010, he has also been president and CEO of Norske Skog, the Norwegian paper producing company.

Phosagro has its main production objects in the towns of Apatit and Kirovsk in the central part of the Kola Peninsula. In 2015, regional Phosagro subsidiary Apatit produced a total of 7,8 million tons of apatite and generated $1,63 million revenues.