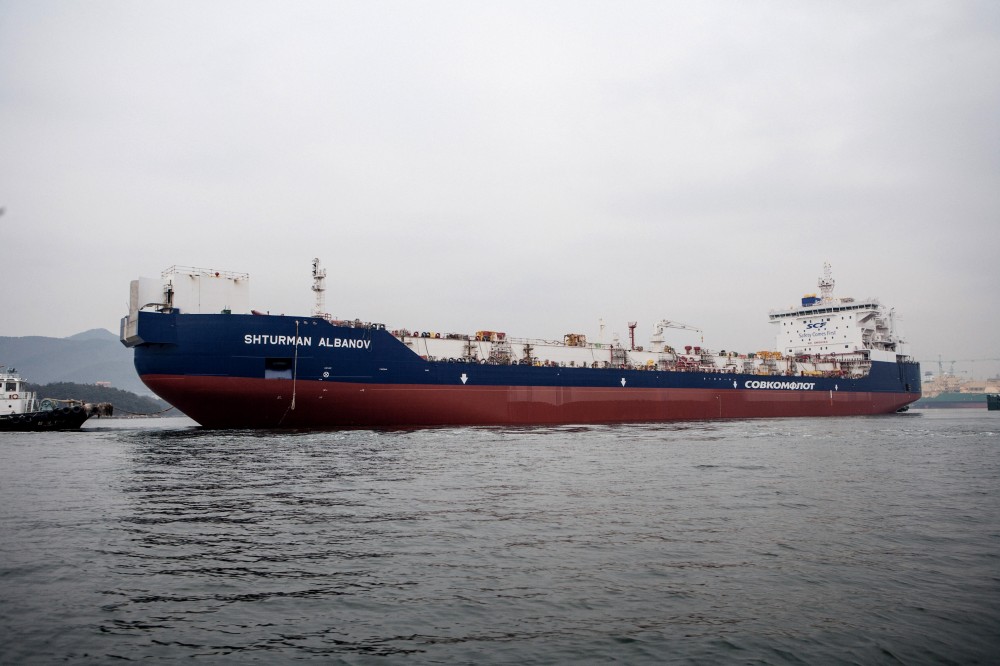 A fleet of six new tankers will be able to bring up to 450,000 tons of oil per month through the Ob Bay.

The «Shturman Albanov» will autonomously be able to shuttle through the deep ice of the Ob Bay to Gazprom-Neft’s Novy Port field.
By

The ship, which has top ice protection classification Arc7, has been put on the water, Gazprom-Neft informs in a press release. It has a deadweight of 38,000 tons and is able to break through 1,8 meter thick ice. It is the first of six Arc7 vessels currently built for the company by Korean shipyard Samsung Heavy Industries.

The «Shturman Albanov» will operate at the Novy Port project, the oil field located in Yamal Peninsula. It will ship between the field and Murmansk where the oil will be reloaded to terminal tanker «Umba»

Designed for shipping in shallow waters, the «Shturman Albanov» has a draft on only 9,8 meter and a width normal to tankers twice the size, Gazprom-Neft informs. With its aft end it is able to break through 1,8 meter of ice, and with nose part - 1,4 meters.

«These tankers have no analogue in Russia», company representative Anatoly Cherner says. «They have twice as big capacity as the tankers currently use for the purpose, and will autonomously be able to operate in the Ob Bay», he adds.

«When all the six tankers are taken into operation, they will together be capable of bringing about 450,000 tons of oil per month from the field».