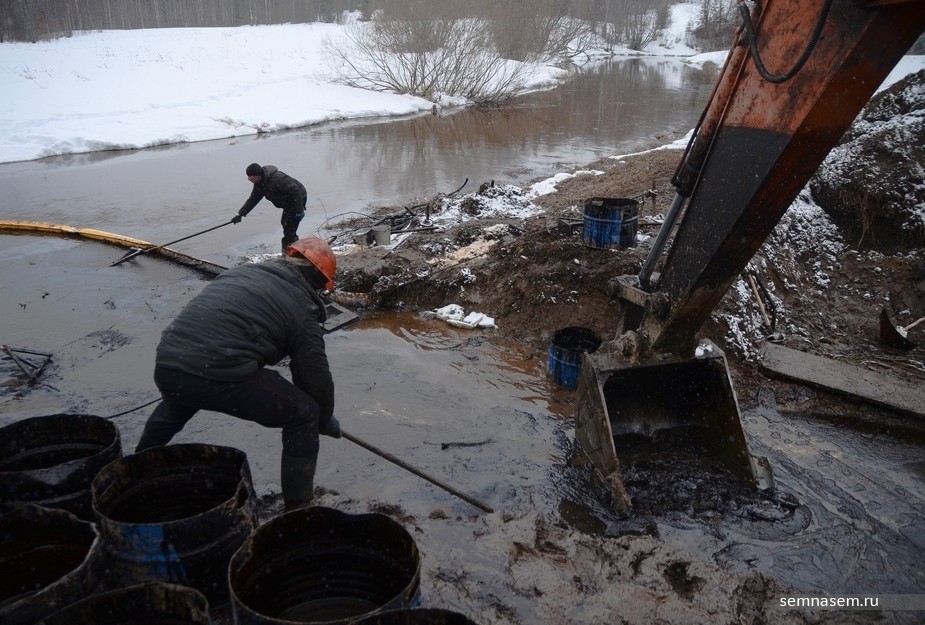 Environmentalists in the Komi Republic increase their estimates for oil spilled into local waterways. Regional authorities say they have the situation under control.
By

A thin layer of oil now covers the whole width of the Ukhta River, the waterway worst affected by the oil spill in the northern part of the Komi Republic, representatives of Committee Save the Pechora, a local environmental group, say.

At the same time, oily waters are found in several of the connecting rivers and streams. The rivers of Izhma and Yarega are already affected, and there are fears that the substances ultimately will run into Pechora, the great river flowing into the Arctic Ocean.

Environmentalists say that the volumes of spilled oil could amount to 380 tons. A scent of oil now embraces the river banks and locals increasingly feel discomfort.

The spill was first reported to the authorities on 8th April, whereupon clean-up personnel was sent to the site. It was long unclear from where exactly the spill origined.

Regional authorities say that there is no danger for any uncontrolled spill in the area and that the sources are being secured. A team of 300 people with 40 help vehicles are now on site in the Ukhta River to deal with the situation, the republican government informs in a press release.

An abandoned well from the period 1930-1950s is the key source of the spill, the Komi government says.

That version is however increasingly subjected to doubt by locals, the Committee Save the Pechora informs. According to the organization, the authorities might be trying to conceal the real reasons and responsible for the pollution.

«If the source of the Ukhta spill really are abandoned wells, then we need to clarify the reason for the eruption of this major accident», a statement from Greenpeace Russia reads. According to the organization, drilling at Lukoil’s nearby Yagerskoye field might have been what triggered the spill.

If that was to be the case, Lukoil and its subsidiary Yareganeft will have a direct responsibility for the spill.

There is an increasing popular discontent with the situation, 7x7-journal reports. According to the newsmaker, local rallies are planned in several of the affected towns and villages in early May.