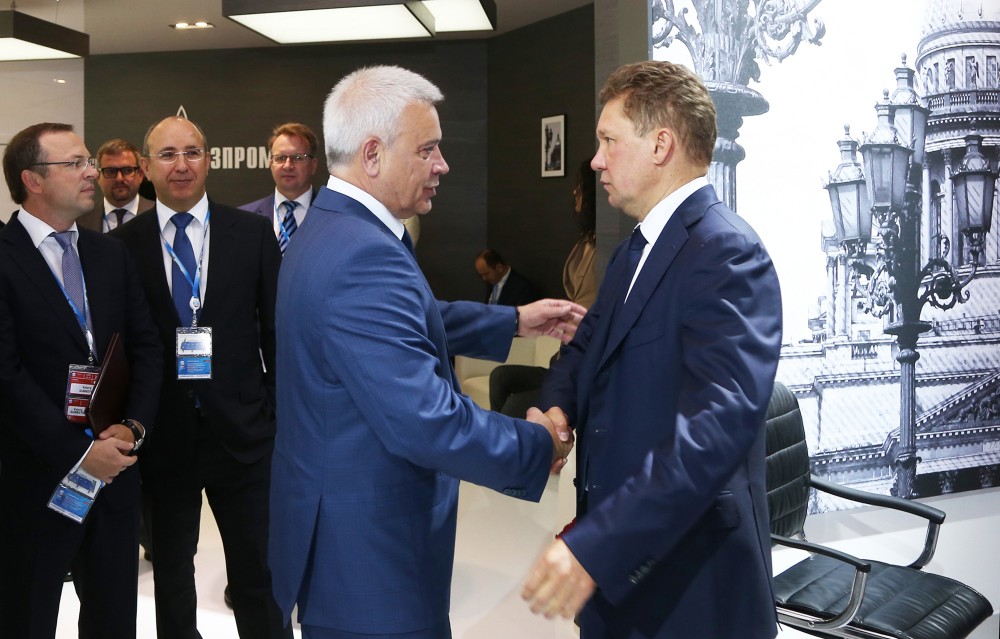 These are among the two contenders for the new Nenets licenses; Lukoil's Vagit Alekperov and Gazprom's Aleksey Miller. Photo: Gazprom.ru

Russia’s three biggest oil and gas companies put up a fight over new prospective fields on the Nenets tundra.
By

The licenses to the Lyavozhsky and Vaneyisky fields in the Nenets Autonomous Okrug are considered desirable objects for oil and gas majors Rosneft, Gazprom and Lukoil.

The three companies have all submitted bids to the auction due 15th June, newspaper Vedomosti reports.

The two fields, which are offered under one joint license, are located in the central part of the region and are believed to hold 225 billion cubic meters of gas.

Experts say to the newspapers, that the fight is likely to be between oil companies Lukoil and Rosneft. Gazprom has no other fields and licenses in the region, and is not believed to stand a chance in the competition.

Lukoil reportedly submitted its bid on the last day of the call. The company from before has as many as 29 licenses in the Timan-Pechora province and operates its own regional pipeline infrastructure, as well as the Varandey oil terminal on the Pechora Sea coast.

Meanwhile, Rosneft is believed to desire the licenses because of its plans for a LNG plant in Indiga, the site on the nearby Arctic coast.

Rosneft and Lukoil was recently fighting also over the licenses to the East-Taymyr field. In that fight, Lukoil ended up as the winner.