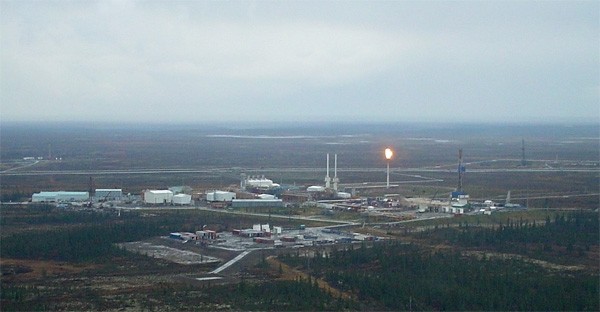 The operators of the Arctic oil field come under mounting pressure from regional and federal authorities.
By

Investments and operating costs in the Kharyaga project have been reduced by more than 20 percent compared with original plans. That comes after what appears to be pressure from the authorities.

The Kharyaga is one of three Russian energy projects operated in line with a Production Sharing Agreement (PSA).

«The investors with understanding see [the need for] the cost-reduction process», Governor Igor Koshin from the Nenets Autonomous Okrug says in a press release. «The lower the costs in the project, the bigger the revenues for the state budget, including the budget of the region», he adds.

In PSAs, the company is permitted to use money from produced oil to recover capital and operational expenditures. The remaining money is known as “profit oil”, and is split between the government and the company. Russian authorities annually approve project work budgets and have the right to audit investor’s expenses.

For the Nenets Autonomous region, the profit oil from the Kharyaga project accounts for as much as 30 percent of the total regional budget revenues.

The Kharyaga partners originally planned to spend $394 million on the project in 2016. Now, the sum is reduced to $318 million. An addition $60 million cut is on the agenda, the Nenets AO administration informs.

The Kharyaga project has since its launch in 1999 been operated by Total in cooperation with Statoil. In a deal concluded last fall, Total agrees to sell 20 percent of its project stake to state-owned Zarubezhneft. The deal, which is to be completed in the course of 2016, will boost the stake of Zarubezhneft to 40 percent. Statoil will keep its 30 percent stake, while Total is left with 20 percent. The Nenets Oil Company holds a 10 percent stake.

The Kharyaga field is located in the oil-rich Timan Pechora oil province. It holds about 49 million tons of extractable resources. Daily production amounts to 30,000 barrels.

According to Total, the project is technically challenging, with complex geology, heterogeneous carbonate reservoirs, waxy oil and a high content of H2S in associated gas.