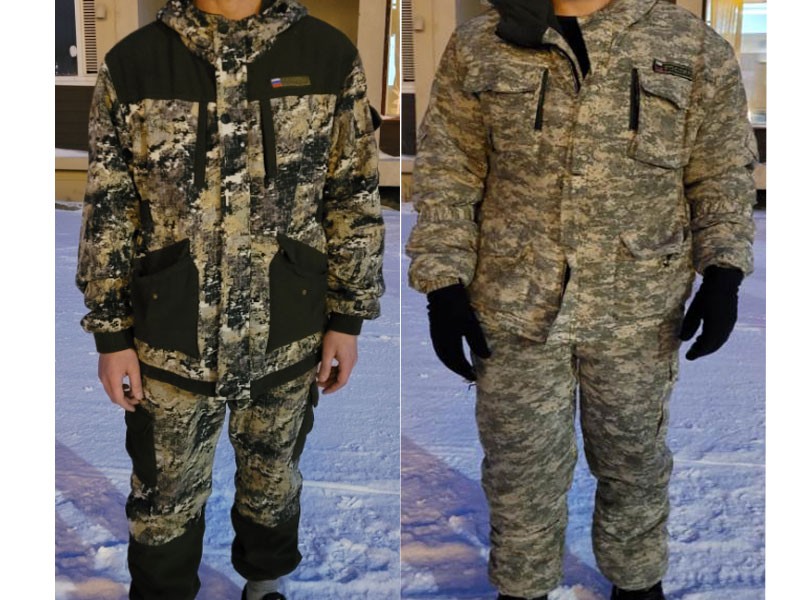 You could easily believe you met Russian soldiers wearing winter uniforms with the tricolor flag on the chest. The two were stopped by the police and requested to find more suitable clothing when onshore in Norway.
Read in Russian | Читать по-русски
By

Kirkenes, the border town on the coast of the Barents Sea, is one of only three locations in Northern Europe where Russian fishing vessels still can make port calls. The two others are Båtsfjord and Tromsø, also in Norway’s northernmost county.

Mid-January is Polar Night at 69° North and details on outdoor clothing could be difficult to recognize. However, the two men that were stopped by the local police on Thursday made people roll their eyes.

The outfit looked like Russian military winter uniforms. The Russian flag attached to the chest could easily be confused with such name-tags officers are wearing on official uniforms.

“This is not ok,” says Police Superintendent Bjørn Tormod Syversen to the Barents Observer.

“The police talked with the men and the captain and asked them not to wear such clothes when in Norway.,” Syversen says.

The police made onboard inspection, but are unwilling to share the name of the ship with the media.

There are currently 17 Russian fishing vessels at port in Kirkenes.

Kirkenes is only a 3-4 hours drive from Murmansk and is frequently used for crew changes, getting supplies, repairs and maintenance at the local shipyard, reloading of cod and other services that are easier done in a small Norwegian port than in bureaucratic Murmansk.

Seafarers from non-Schengen countries, like the Russian fishermen, are allowed to disembark and can freely walk around in the small town of Kirkenes and the nearby surrounding areas without a Norwegian visa.

The Barents Observer has previously reported about crew members from a Russian trawler that were fined by the police after they lowered a small boat on the water and left the harbor area in Kirkenes towards the only road bridge connecting Kirkenes with the rest of Norway.