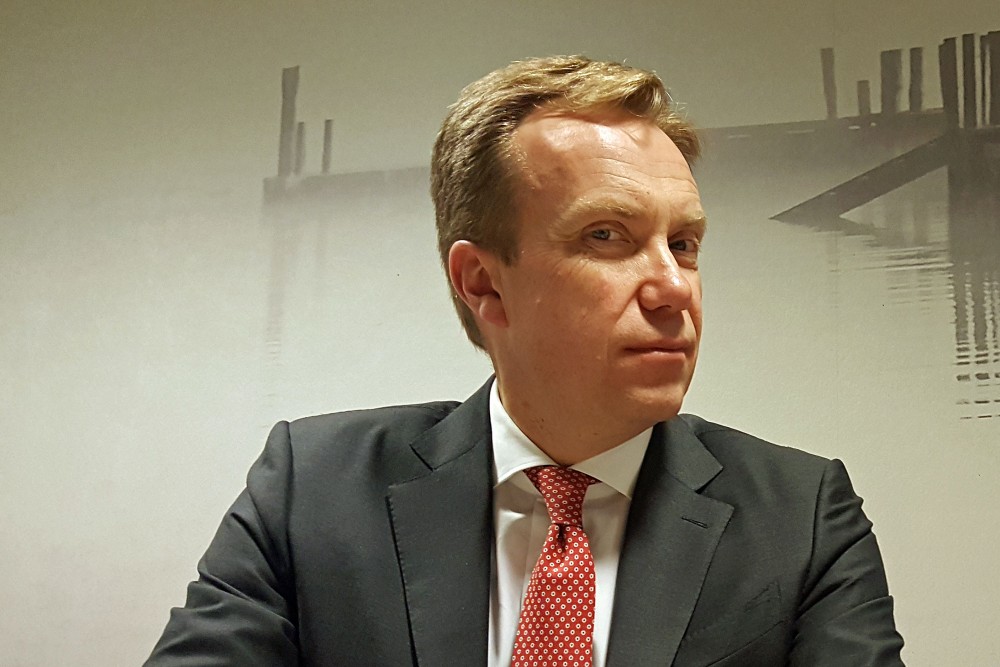 More arenas for discussions in the north is positive, says Norway's Foreign Minister
Read in Russian | Читать по-русски
By

Børge Brende does not reject Russia’s idea of holding a «Barents Davos» aimed at boosting Arctic cooperation. It was Russia’s First Deputy Foreign Minister Vladimir Titov that earlier this week proposed “a kind of Barents Davos” to be held in Murmansk in 2018 in connection with the 25th anniversary of the Barents cooperation.

Titov argued that frech initiatives could give a push to the cooperation.

“To create more arenas for discussions in the north is something I consider as positive,” Børge Brende says to the Barents Observer when asked about Russia’s suggestion.

“So let a thousand flowers bloom.”

“But, it is my job as Norwegian foreign Minister to emphasize that we in Norway have many important meeting places  that works well. We just had Arctic Frontiers that is the most important meeting place in the Arctic,” Brende says and underscores that he will not use the term Davos for such possible new venue in Murmansk to discuss economic cooperation.

Brende himself has been managing director of the World Economic Forum, who’s annual forum is in Davos.

“Regarding the Barents cooperation, the Kirkenes conference is important,” the Foreign Minister continues and says Russia already have an upcomming important arena.

“Russia has invited to the big Arctic conference in Arkhangelsk, a follow up on previous conferences.”

Børge Brende says he still considers whether he will go to the Arkhangelsk conference in late March, or not.

The Foreign Minister held the opening speech at the Kirkenes conference, an annual venue for stakeholders and businesses in Norway’s borderland to Finland and Russia in the north. The main message is that up north, most Norwegian, Russian bilateral cooperation in areas like fishery, nuclear safety, people-to-people contacts, border issues and search- and rescue continue as normal despite more tensions in east-west geopolitics.