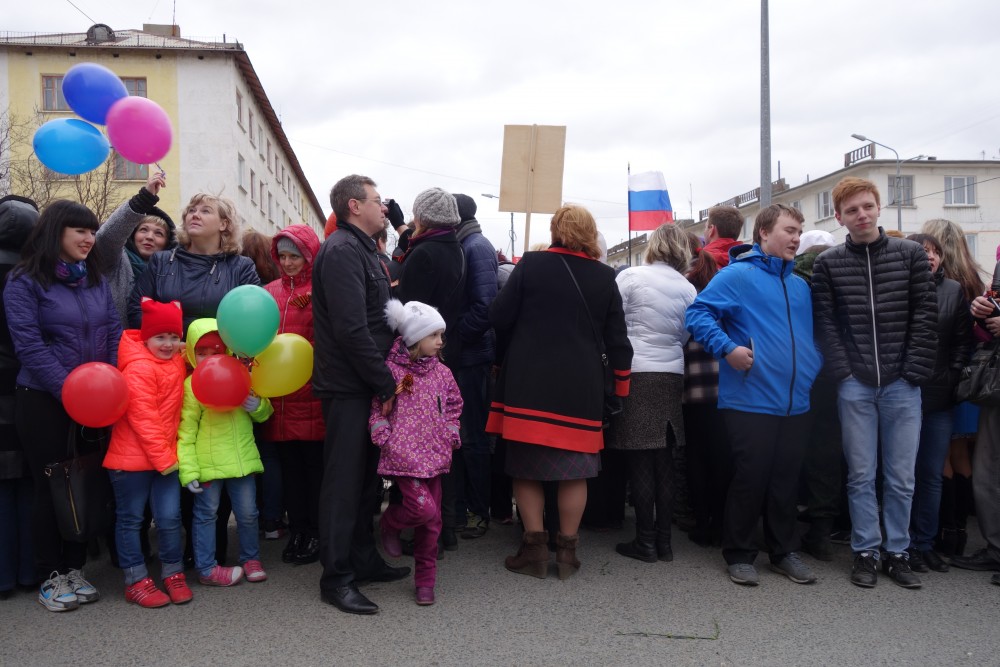 Locals in the town of Nikel. Photo: Atle Staalesen

People continue to move away from the Pechenga, the municipality on the border to Norway and Finland. But 2016 might have been a turning point.
Read in Russian | Читать по-русски
By

Figures from Murmanskstat, the regional branch of Russia’s statistical service Rosstat, show that population in Pechenga by January 1, 2017 totaled 37,213 individuals. That is a decline of 16,5 percent from 2009 when more than 44,500 people lived in the municipality.

Pechenga borders on Norway and Finland and is engaged in a wide range of cross-border cooperative initiatives with both countries.

The negative demographic trend is well felt in Nikel, the municipal administrative center. A total of 11,619 now live in the town, a decrease of more than 1,100 people (9%) from 2010.

The situation is slightly better in the neighboring town of Zapolyarny where the number of inhabitants by January 1, 2017 amounted to 15,177. That is a decline of 4 percent since 2010. Then, the Zapolyarny population totaled 15,825, data from the all-Russian census show.

However, the trend is not all negative. Over the last year, the population in the municipality stabilized and, for the first time in a decade, even increased slightly .

The situation in Pechenga is similar to the one in the rest of the Murmansk region. Figures from all of Murmansk Oblast show a downwards spiral in regional population. A total of 758,000 people now live in the region, down 4,300 year-on-year.

The situation appears better in the regional military towns, which are benefiting from the higher national defence spending.

Also Pechenga has a strong military presence. That is well reflected in figures on local gender balance. Several of the local settlements have an overwhelming majority of men. In the settlement of Pechenga, more than 70 percent of the locals are men (2010). The same goes for Korzunovo. In Sputnik, the settlement housing the Northern Fleet’s Naval Infantry Regiment, in 2010 had 2,061 inhabitants, of which 1,432 were men.