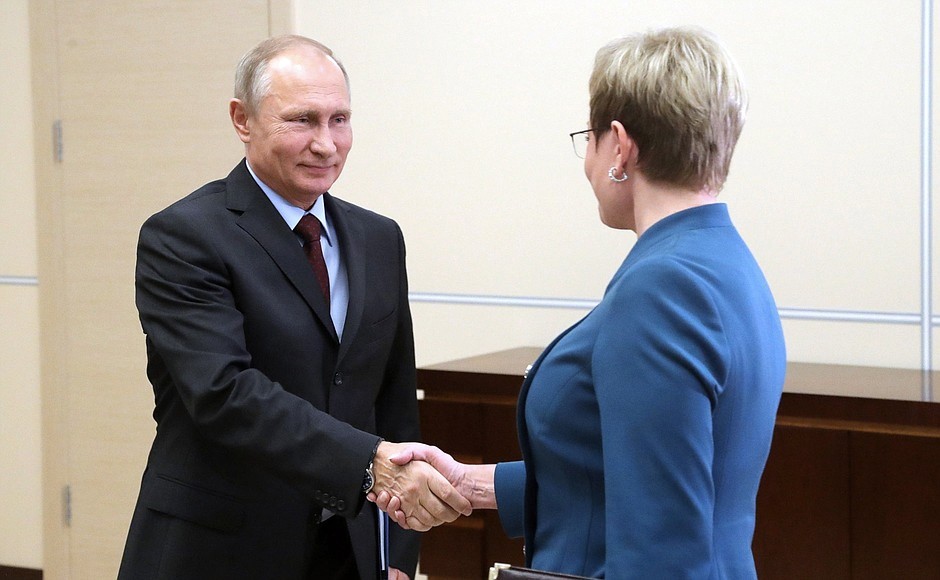 She is under serious pressure from her own security services, but gets solid backing from the country’s Commander in Chief.
Read in Russian | Читать по-русски
By

Few believed Marina Kovtun would be able to make it through the recent wave of attacks from opponents in her home Kola Peninsula.

However, this week, the regional governor was invited to the Kremlin where we apparently got firm support from Vladimir Putin. Kovtun outlined the state of affairs in her Arctic region and presented an initiative on how to solve the critical lack of medical doctors in the Russian North.

«I will do my best to support you», Putin told Kovtun before she left the room, a transcript from the Kremlin reads.

The meeting came as pressure against the regional leader has been building up over months.

In July, two of Kovtun’s top government officials were arrested on allegations of corruption, and in October the turn came to Igor Babenko, the former deputy governor and close aide of the regional leader.

«As the head of the region, as the person with the highest post in the region, as well as on behalf of the Murmansk regional government, I must make clear that we are experiencing serious pressure from law enforcement authorities», she underlined.

Furthermore, Kovtun was by many believed to be up for replacement as the Kremlin started a series of reshuffles of regional leaders. In October, the turn came to Igor Koshin, the Head of the Nenets Autonomous Okrug.

However, Kovtun now looks set to remain in her seat, at least for some more time. In her meeting with Putin, Kovtun outlined a series of splendid results in regional economy.

Regional industrial production has increased by 14 percent over the last nine months, Kovtun said. The metallurgical companies are up 24 percent, ship repair - 19,4 percent and the mining companies - 10 percent, she continued.

The president appeared to like what he heard from one of Russia’s four female governors.