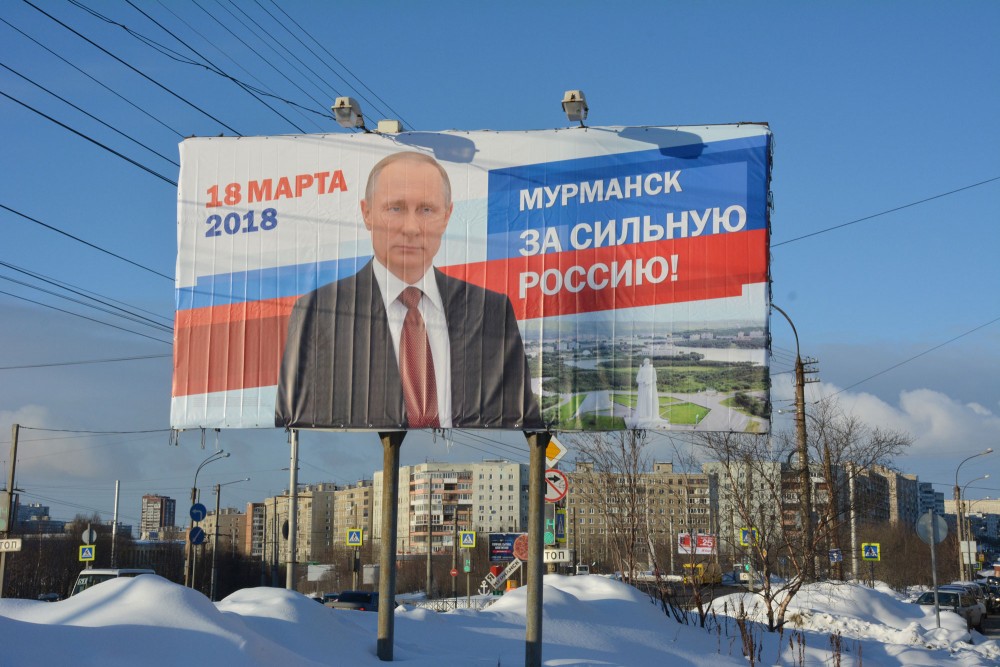 Putin got more than 67 percent of the votes in Murmansk. Photo: Atle Staalesen

These are Putin’s results from the Russian Arctic

He got overwhelming support in military towns. But no places seem to beat Sabetta, the natural gas hub on the Yamal coast, where more than 95 percent of the electorate voted for the sitting president.
Read in Russian | Читать по-русски
By

Figures the Central Election Commission bear evidence of a crushing victory for Vladimir Putin all over the country. However, few regions are able to match the results from the Yamal-Nenets Autonomous Okrug, the oil and gas-rich region located along the country’s Arctic coast.

Of the regional electorate of 371 thousand people, more than 291 thousand voted for Putin.  He gained 85,64 percent of the votes and voter turnout was as high as 91 percent.

The most extreme result came in Sabetta, the region’s new industrial hub on the northeastern coast of the Yamal Peninsula. There, Putin got 95,14 percent of the votes and voter turnout was as high as 94,89 percent, figures from the Election Commission show. The electorate in Sabetta totals more than 25,000 people.

The sitting president also got whopping results from military towns all over the region. In the closed towns of Vidyaeva and Zaozersk in the Murmansk region, Putin got more than 80 percent of the votes. In the Northern Fleet headquarter city of Severomorsk, he got only slightly less, 79,34 percent.

The results were not equally good in the Komi Republic. The sitting president won 71,44 percent of the votes in the region and in the Komi capital of Syktyvkar, he got less than 69 percent of votes. The Komi Republic turns out to be Putin’s weakest region in the North. It is also one of the few regions where turnout dropped below 60 percent.

In Murmansk Oblast, Putin won more than 76 percent of the votes with a voter turnout of 65,5 percent. In the neighboring regions of Karelia and Arkhangelsk, the president won respectively  73 percent and 75,3 percent with turnouts of 56,4 and 58,6 percent.

Pressure against employees in public sector as well in a big number of companies was massive ahead of the election. All over the country, workers have been forced to go to the polls and cast their votes for Putin.

In a report from Golos, the independent election monitoring group, experts conclude that pressure has been especially high against employees in industrial state companies.

The same has been the case in the Russian North. Leader of Aleksey Navalny’s office in Murmansk, Violeta Grudina, says to the Barents Observer that the authorities have been doing whatever they can to get people to the polls.

«The organised competitions, they deceited them, tempted them, threatened them, pressured them. People were told that they will lose their jobs unless they go to the polls and vote for Putin».