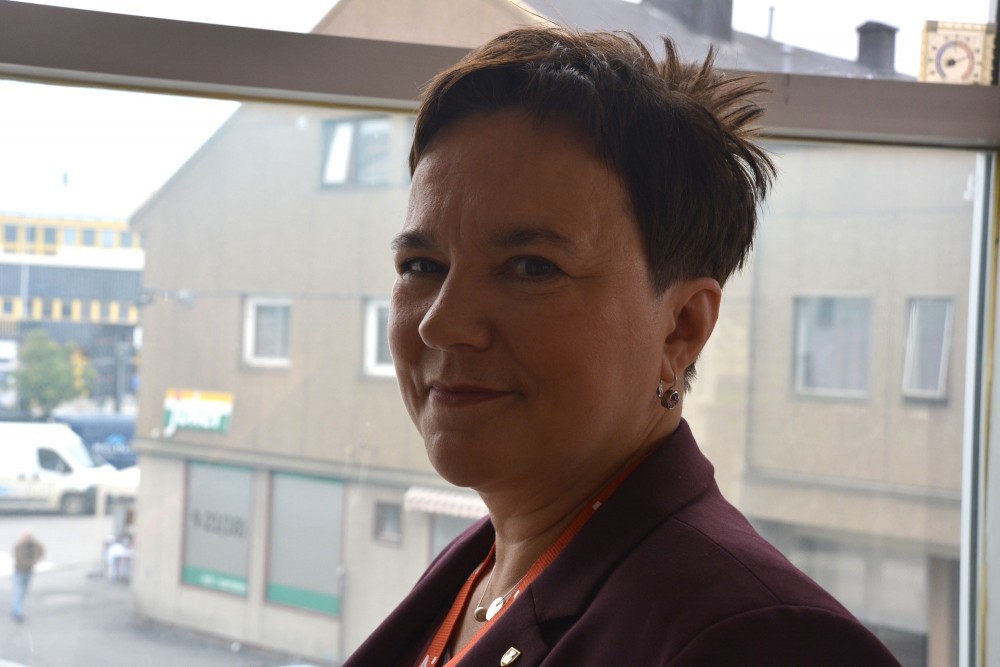 «We are absolutely not not talking about any kind of secession,» says Finnmark County Council leader Ragnhild Vassvik
Read in Russian | Читать по-русски
By

Relations between the northernmost Norwegian region and the government in Oslo are further deteriorating as County Council leader Ragnhild Vassvik this week refused to meet with the government minister responsible for regional reform.

The meeting was to address the merger between Finnmark and neighbouring region of Troms. But Vassvik makes clear that she strongly disapproves with the proposed meeting agenda.

She remains confident that it will still be possible to undo the parliament’s (Storting) decision to merge the two regions. And she refuses to meet with the government minister unless the agenda is about ways to repeal the decision.

It is a matter of patience and confidence in oneself, Vassvik argues.

«I hope that we can be patient enough and confident enough in this situation, and that we can continue this fight for our right to stand as a separate county,» she says to the Barents Observer.

The rejection to meet Minister of Local Government and Modernization Monica Mæland is putting Finnmark on a direct crash course with the capital. But the political leader of the region underlines that it has nothing to do with separatism.

«There is absolutely no desire for any kind of breakaway. But we of course want to steer the ship ourselves as a region,» she says.

Does not fear reactions from Oslo

The Norwegian government is determined to merge Finnmark with neighboring region of Troms as part of a major ongoing regional reform. And the Storting has twice approved the merger. However, the regional administration in Finnmark refuses to obey and in May organized a referendum which showed overwhelming opposition to the reform.

Vassvik does not fear that her region ultimately will be put under administration.

«That is a very serious step to take and the political burden would be too heavy,» she says.

On the border to Russia

Finnmark is the by far biggest Norwegian county in size, but the smallest in population. Only about 75,000 people live in the 48,000 square kilometer region, a territory bigger than Denmark.

In the east, the region borders on Russia, and cross-border relations have been close for centuries. When the Finnmark County Council in 2016 voted against the regional reform and the proposed merger with Troms, the relationship with Russia was one of the key arguments.

«Finnmark is in a special position as the region bordering on Russia [and] the many years of cooperation and joint development with our neighbors in the east must be strengthened and further developed», the Council elaborated.

It therefore hardly came as a surprise when Ragnhild Vassvik this week openly signalled that she wants an end to Western sanctions against Russia. According to the regional leader, the sanction regimes are hampering relations between the countries and especially regional cooperation between Finnmark and neighbouring Murmansk.

«The sanctions lie like a filter over contacts with the Russians, they are clearly not trust-building for any of the sides.»

She makes clear that the issue regularly surfaces in her meetings with the Russians and especially with politicians from the Duma.

«There are quite a few years since the Crimea,[…] I think absolutely that this is something we should start discussing.»

A discussion about the possible abolishment of the sanctions is considered political taboo by the establishment in Oslo.

However, Vassvik, a representative of the Labor Party, underlines that she has not got any negative reactions on her statements from leaders of the party.

«Oslo does not understand»

According to the county council leader, it is a matter of insufficient knowledge and understanding of Finnmark among people in the south of the country.

«People from other places do not know our region, our history, the near relationship across the border and the historical perception of each other,» she says.

«The Russians are our neighbors and we must be able to talk with each other. And both we and they know that we do not agree about what is going on in the Crimea and also other places.»

Finnmark is currently chairing the Barents Regional Council, a body that includes regional leaders from Nordic and Northwest Russian counties, and Vassvik believes the body could be a good platform for talks about difficult issues.

«I have spoken up for a more politicised cooperation in the Barents Regional Council, I want us to discuss issues that we do not necessarily agree about, that are politically difficult.»

«However, I do not know if I will get support for this.»

Overwhelming ‘no’ in referendum over North Norway merger