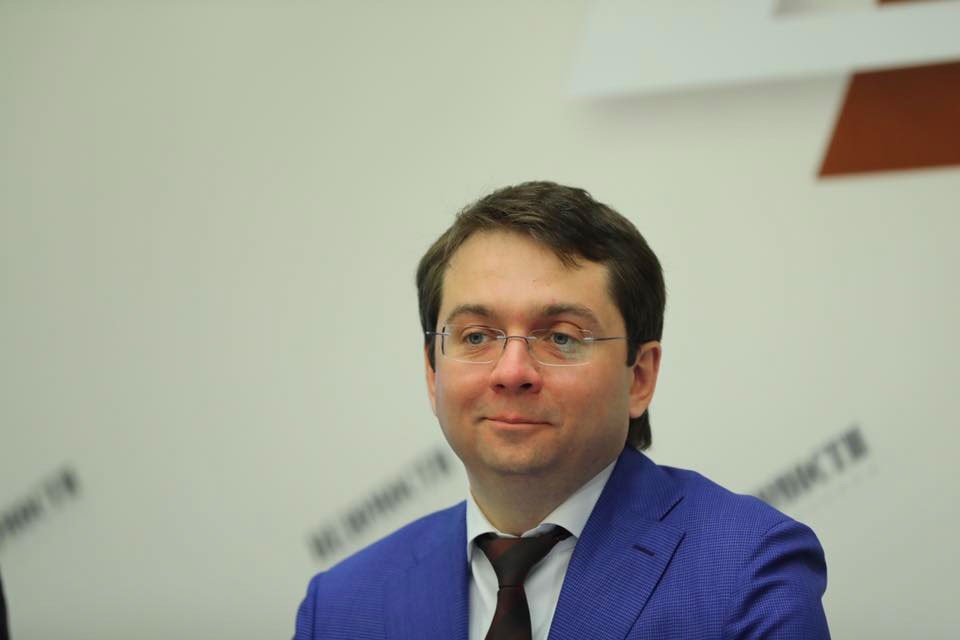 The new governor of Murmansk. Photo: Andrey Chibis on Facebook

After seven years as leader of Russia’s most powerful Arctic region, Marina Kovtun is replaced by a 40-year old top official from Moscow.
Read in Russian | Читать по-русски
By

Andrey Chibis was on Thursday morning summoned to the Kremlin, where he was officially presented as acting governor of Murmansk Oblast.

«This is a huge responsibility and a serious challenge,» Chibis says in a comment posted on Facebook. «The Murmansk region is a strategically significant region for our country with a geopolitical, economic. touristic, logistical and industrial potential, and not the least with talented and steadfast people,» he underlines.

Chibis comes from the post as deputy minister of construction and housing and has headed a major federal program on housing development.

«Care for people and creation of comfortable conditions for living, work and creativity will be among my priorities along with economic development, transparent management, support for industry as well as several other important tasks,» the new acting governor says.

From Moscow to Murmansk

Chibis will run the Russian Arctic region until the upcoming governor’s elections later this year. He is likely to take part in the vote as the official candidate of ruling party United Russia.

The new governor is 40 years old. He is married and has two small children. He grew up in the city of Cheboksary in the region of Chuvashia and in 2001 graduated from the University of Cooperation in Moscow. Judging from his Facebook page, he is an eager downhill skier and a happy traveller. It is not clear whether he has ever been in the region of Murmansk.

According to several unofficial sources, Chibis is well connected with a close family relationship with Russian First Deputy Prime Minister Dmitry Kozak, the powerful official that has worked closely with Vladimir Putin since before he became Russian president. The wife of the new governor, Yevgenia Chibis, is the daughter of Kozak, a comment on mmk.news.ru says.

The dismissal of Governor Marina Kovtun has been in the air for weeks, and she earlier this week reportedly was in Moscow for talks with top state officials.

Pressure has been mounting on the governor who has become increasingly unpopular among locals. Kovtun, who herself is from Murmansk, has headed the regional government of Murmansk since early 2012.

Several major corruption cases has haunted her administration and included several of her closest aides.

Former chief of staff and deputy governor Igor Babenko was in October 2017 arrested and charged with large-scale corruption involving several hundred million rubles. He was Governor Marina Kovtun’s right hand ever since she was appointed regional leader in 2012.

In a court testimony delivered by Igor Babenko early 2019, the former top official made clear that Marina Kovtun was the main organizer and beneficiary of the corruption scheme.

Kovtun: I am proud and happy

A final confirmation about her retirement came only after the official appointment of Andrey Chibis. In a statement posted on her Twitter account, Kovtun underlines that she leaves the post with a feeling of satisfaction and pride.

«I have decided to leave the post as Governor of Murmansk Oblast. It is without regret, rather with a feeling of satisfaction and even pride,» Kovtun says.

«We have succeeded with much, we have done a lot, we have started processes that will play a very important role in the future of our region,» she adds.

It is not clear what will be the fate of the former governor. There has been speculations about her possible appointment to a key post in the federal government. Kovtun herself has been silent about the future.

In a tweet, she underlines that «this part of my life is finished, and a new one is starting. We will meet again!».

It can not be excluded that the new life of the former governor will include a round in court. According to several news agencies, state prosecutors indicate that Kovtun might have to face justice for her involvement in the corruption cases.