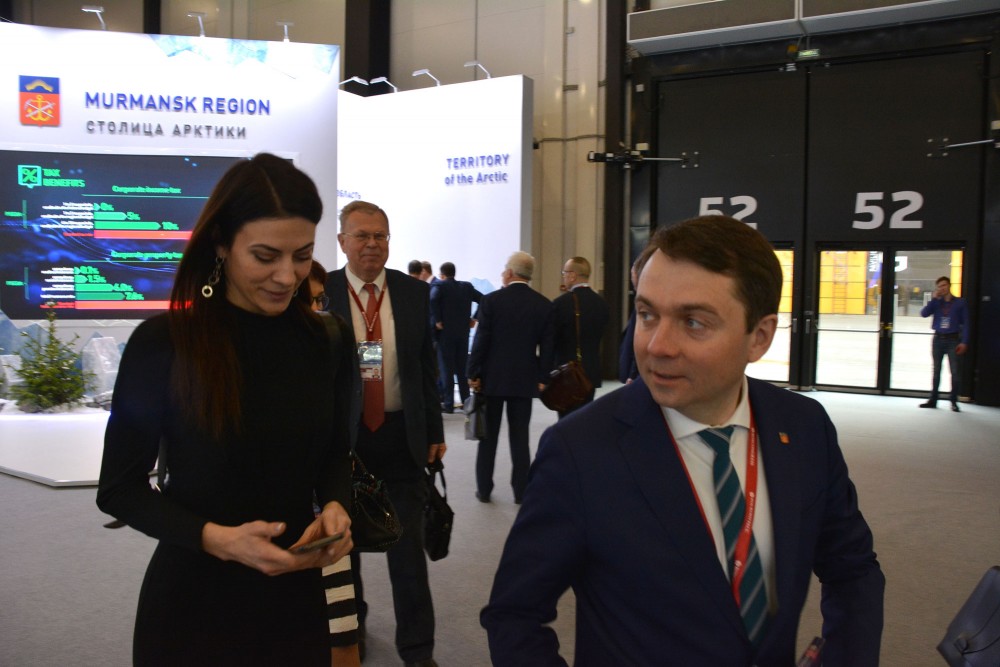 Andrey Chibis has hired a host of young women that are to help him win the upcoming governor’s elections in Murmansk.
Read in Russian | Читать по-русски
By

Behind the back of the acting governor of the north Russian region stands a number of powerful women. They are young, good-looking and come from all over the country.

Immediately after his appointment to the post as acting governor of Murmansk in March this year, the 40 year old Andrey Chibis started to beef up the regional administration with new faces.

The governor now has three new deputies, all of them women. Two of them come from the federal Ministry of Construction and Housing, where Chibis previously served as deputy minister. Among them is Oksana Demchenko, who worked closely with Chibis to manage the federal program Smart Town, an initiative on efficient housing.

Demchenko is 45 years old and originally comes from Norilsk, the north Ural town that is dominated by mining and metallurgy company Norilsk Nickel.

Also Maria Derunova previously worked in the Ministry of Construction and Housing and was instrumental in that same Smart Town program. She is 35 years old and originally has a degree in journalism from Moscow. She is now responsible for the governor’s information policy, including in relations with Moscow and international partners, the regional government informs. She will also deal with youth policy, culture and tourism.

Derunova is fond of traveling and sports, and is active on social media, including Instagram.

The third new Deputy Governor is Zoya Sandzhieva, a former Minister of Economic Development in the south Russian region of Kalmykia. Sandzhieva will have responsibility for public-private partnerships and business developments, Governor Chibis said as he presented his new top aide in May.

She was the owner of a cosmetics shop and cafe in the Kalmyk capital of Elista before she in 2016 entered the Diplomatic Academy of the Ministry of Foreign Affairs and later that same year was appointed minister in the regional government.

Acting Governor Andrey Chibis has more women in his regional government than any of his predecessors. Five of the eight deputy governors are now women. In addition come four regular ministers, among them Minister of Finance Yelena Dyagileva.

And that is not all. Among Chibis’ top four assistants are three women, all of them new appointments. Both Olga Vovk and Zinaida Razzhivina will have special responsibility for regional housing developments, the government informed.

Also Nadezhda Aksenova is assistant to acting Governor Chibis. The 33 year woman was appointed in June this year and, not surprisingly, previously worked in the Federal Ministry of Housing and Construction.

Chablis might very well need his fresh, new team if he is to charm the regional electorate in the upcoming governor’s elections. The vote is due 8th of September and people in the Arctic region is likely to assess the newcomer with skepticism. It is not the first time that the people of Murmansk get their leaders appointed by Moscow.

In 2009, the federal government installed Dmitry Dmitrienko in the Murmansk governor’s chair. Like Chibis, he brought with him a big number of officials from his previous work and soon became very unpopular.

Andrey Chibis was appointed governor on the 22nd of March by President Putin. He replaced Marina Kovtun who had served as regional leaders since 2012.