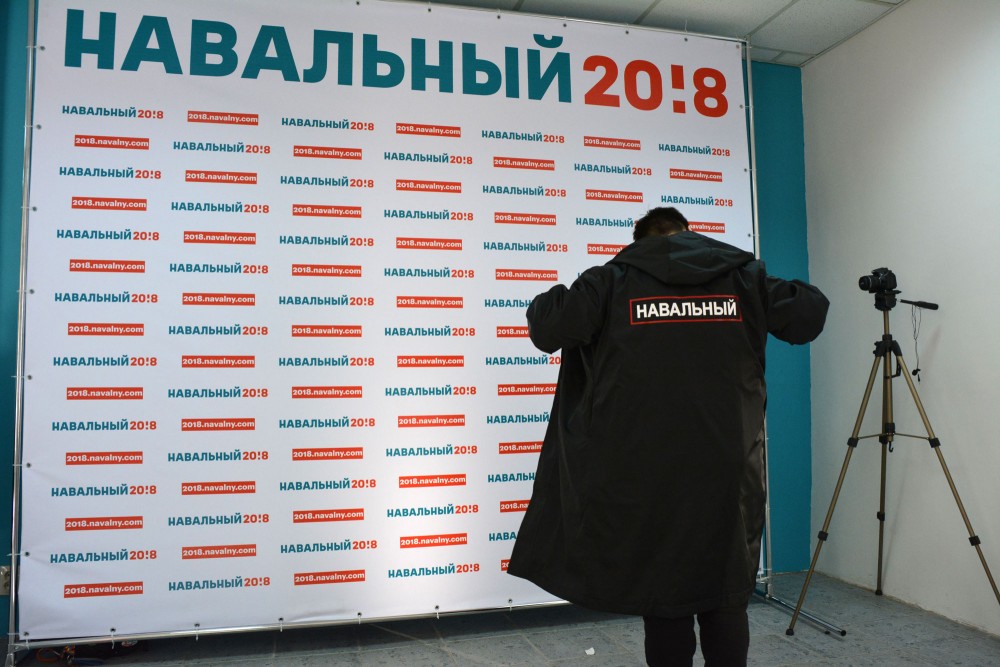 Masked policemen on Thursday morning broke into party offices and searched through private apartments of local representatives.
Read in Russian | Читать по-русски
By

The regions of Murmansk and Arkhangelsk are among the many regions affected by a major coordinated police clampdown on politician Aleksey Navalny and his supporters. In 39 regions, policemen on Thursday morning made it into local party offices and confiscated documents, computers and equipment.

They also broke into a big number of private houses and flats of local supporters. Regional representative in Arkhangelsk Andrey Borovikov confirms that both his local office and his private home are affected, OVDinfo reports.

Also the local Murmansk office has been searched and regional coordinator Violetta Grudina detained. According to news agency SeverPost, the local party representative was around noon Thursday still in police custody.

In a previous comment, Grudina told the Barents Observer that a low voter turnout is the biggest challenge for Putin and his regime.

«They are doing whatever they can to get people to the polls; they organise competitions, they deceit them, tempt them, threaten them, pressure them. People are told that they will lose their jobs unless they go to the polls and vote for Putin», Grudina said ahead of the 2018 presidential election.

According to Leonid Volkov, leader of Navalny’s main office, more than 70 local supporters all over Russia on Thursday morning experienced police searches in their private homes.

And not only party representatives are affected. In Arkhangelsk, a house search was conducted also in the home of the brother of local coordinator Borovikov, although the man reportedly is not involved in any party activities.

«A member of the family is an enemy of the state,» a local man familiar with the situation says on Twitter.

The massive crackdown on Aleksey Navalny comes only few days after the local and regional elections that were held over major parts of the country. In several regions, the election results revealed significant support for the opposition.

For months, Navalny and his supporters have urged voters to take part in their «Smart Voting», an initiative aimed at weakening the United Russia party. According to Leonid Volkov, the initiative resulted in a major decrease in the number of United Russia politicians elected in Moscow.

Compared with the vote in 2014, the United Russia this year won 106 seats less across the country, a 15 percent decrease, Volkov says in a Twitter comment.