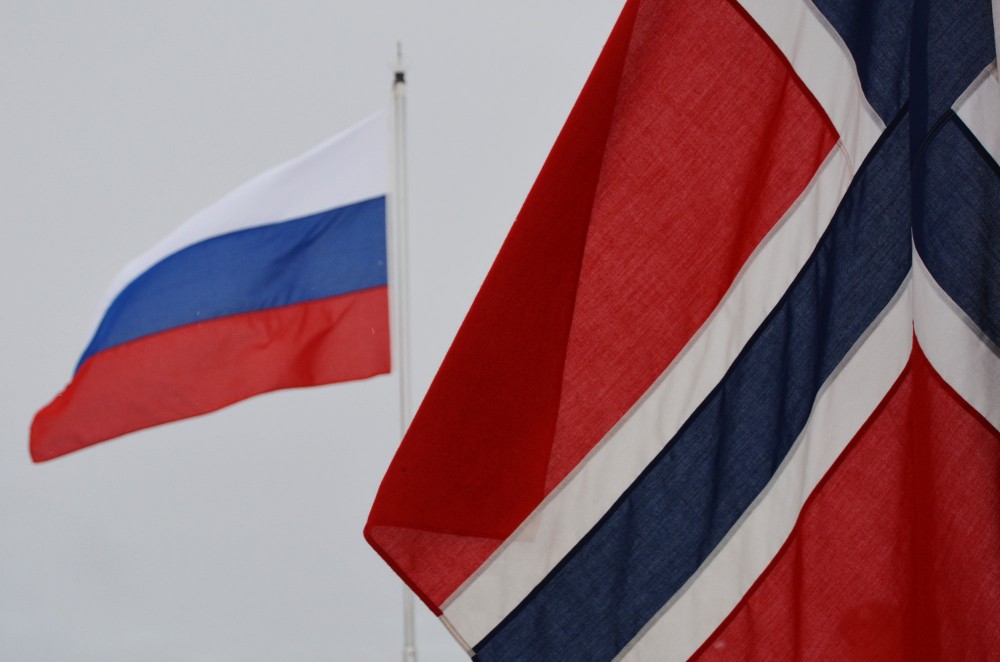 Vassvik, a representative of the Labour Party, spoke at a history conference organized by the County Council in connection with the 75 year commemoration of Soviet liberation of the Norwegian East Finnmark region.

She participated in a panel that discussed contemporary relations between Norway and Russia. In the panel were also Norwegian Deputy Minister of Foreign Affairs Audun Halvorsen and Head of the Parliament Committee on International Affairs Anniken Huitfeldt.

«The time for sanctions has passed and they should be abolished now. The situation has changed both in Russia and in other parts of the world with respect to our allies,» the county council leader said.

«If one is to talk about sanctions as a means, then one should perhaps rather look at some of our allied countries, allies that also violate human rights […]» she added.

According to Vassvik, the American handling of its border towards Mexico is a serious violation of international law, for which sanctions should be imposed.

“People in North agree on this”

In a subsequent interview with the Barents Observer, she underlined that her open speech about Russia and the sanction regime has not been met by reactions from the Labour Party. On the contrary, I have solid support in the party, she argues.

«I believe many people in the party have the same view as I and especially in the North. Here, most people will agree that the sanctions must come to end.»

The regional politician has over the last two years chaired the Barents Regional Council, the cooperation body that includes regional leaders from Norway, Sweden, Finland and Russia.

«The Barents cooperation is a peace project», Vassvik underlined and explained that Norwegian-Russian relations stretch more than 1000 years back.

«This has long been an area with a common culture, and today’s cooperation lean on the historical relationship,» she said.

The speech was among the last ones held by Vassvik as county council leader. She on 1 November ends her 4-year term in the council.

The history conference included lectures by leading scholars from both Norway and Russia, as well as speeches by regional and national politicians, government officials and diplomats.

The event was opened by Minister of Defense Frank Bakke Jensen.

In the room were also representatives of  various organizations, groups and local authorities. Among them were several youngsters from Yunarmiya, the militaristic «youth army» established by Russian Minister of Defense Sergey Shoigu. It was reportedly the first time that the military youth movement was abroad.

Vassvik’s desire to end the sanctions regime against Russia was not shared by the government representatives in the conference.

«The reason for the sanctions is the illegal annexation of the Crimea and activities in eastern Ukraine,» State Secrectary Halvorsen underlined. «The situation on the ground has not changed and we therefore uphold the sanctions,» he said.

However, Vassvik appeared to have the support of Kirsti Bergstø, a former member of  parliament and current deputy leader of the country’s Socialist Left party.

The picture of Norwegian and Russian relations  is a story about peace and liberation, the politician said and added that «Europe is about to fall apart by internal cracks and divides.»

Also Julie Wilhelmsen, researcher from the Norwegian Institute of International Affairs, painted a picture of a Europe in crisis.

«Europe is about to fall apart, there is crisis in Europe, there is revolt against the liberal marked economic system,» she said.

«There is a new split across the Atlantic, therefore the painted picture of Russia as an enemy has functioned as a kind of social glue on the western side of the border.»

There was no one in the panels to present opposing views.

An organizer from the Finnmark County Council after the event admitted that there could have been alternative voices.

«However, what was good was that we got a heightened atmosphere,» he told the Barents Observer.