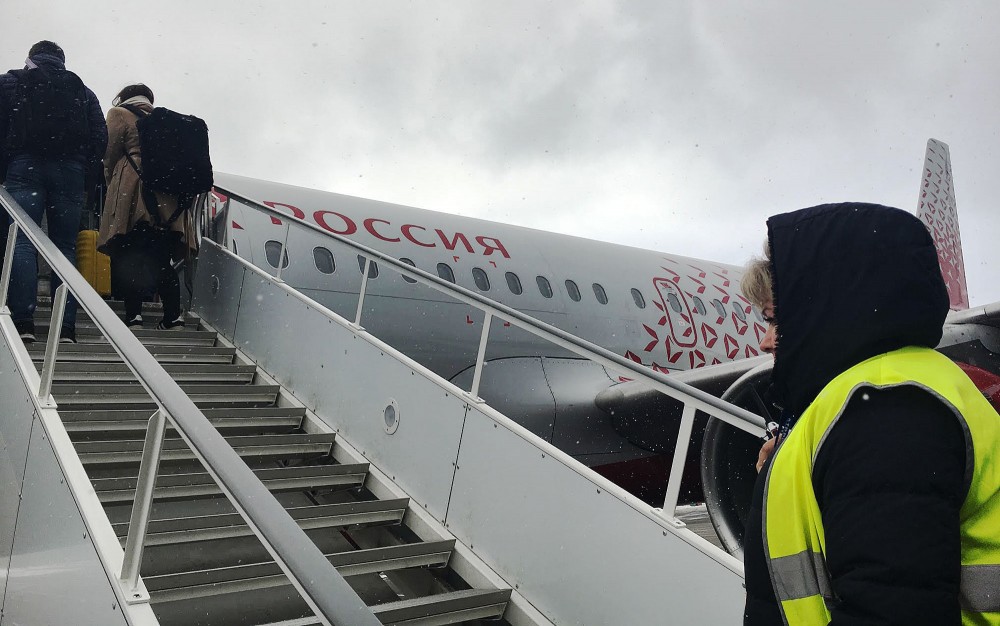 Have you been outside the country in the course of the last two weeks? Then we want to test you for coronavirus, Russian health authorities say.
Read in Russian | Читать по-русски
By

A massive wave of virus testing is running across the world’s largest country. Anyone that in the course of the last two weeks has been abroad should be provided laboratory testing, the Russian Consumer and Welfare Agency has decided.

The agency also wants to test people who have been abroad in the course of the last month, if they have approached public health centers with influenza-like symptoms.

The decree was signed already on the 13th March, but published on the agency website only on the 18th.

Among the people covered by the decree are the several hundred thousands that have crossed the borders between Russia and the neighboring Nordic countries. Only across the Russian-Norwegian border traveled more than 21,000 people in the course of February.

Russian authorities are now grappling with a quickly increasing number of citizens infected with the coronavirus. By Wednesday 18th March, a total of 147 Russians had officially contracted the virus, an increase of 33 from the previous day.

At least three of the cases are in northern Russia, among them them Murmansk, Arkhangelsk and the Komi Republic.

In a meeting with President Vladimir Putin on the 17th March, federal Health Minister Tatiana Golikova underlined that Russia has experienced limited spreading of the virus thanks to measures taken by federal authorities already in January.

She also made clear that the spreading so far exclusively comes from abroad. And the small number of infected people that have not been abroad have all contracted the virus after contact with travelers.

«Of course, thanks God, it is not being spread in the Russian Federation, it is [only] contact infection, people living with those that have been in unfavorable countries,» Golikova told the President.

According to the health minister, a total of 110,000 virus tests have so far been made in the country. And that number will soon double, she underlined.

The Federal Security Service is ready to assist the authoities in tracing potential carriers of the virus. According to SeverPost, the FSB in Murmansk is now looking for infected people across the region.

Russian healthcare institutions are now well prepared to handle the situation, the Russian government informs. More than 55,000 hospital beds are available, among them 12,000 in intensive care units, and there are a total of 296 observatory units across the country. More than 40,000 ventilators for respiratory lung care are ready for use, and all hospitals in the country have storages of medicine and protective gear sufficient for two weeks.

According to Health Minister Golikova, the number of pneumonia cases, and death from pneumonia, is actually lower this year in a number of Russian regions compared with 2019.

«Therefore I would once again like to underline that there is no reason what so ever to panic,» she assured Putin.