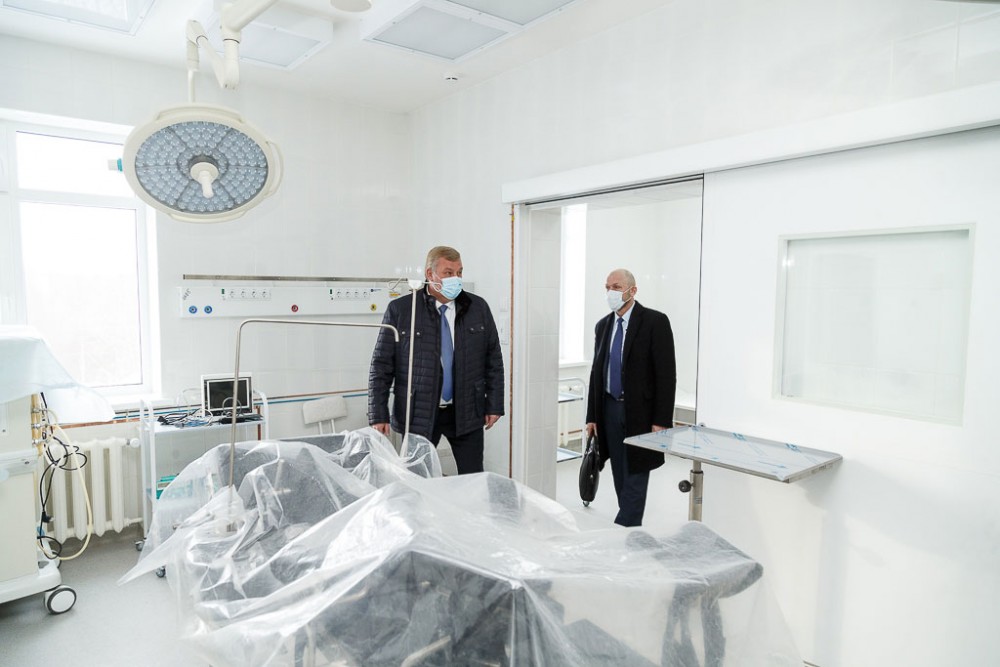 Governor Sergey Gaplikov takes look at a local hospital in regional capital Syktyvkar. The Komi Republic is among the Russian regions worst hit by the coronavirus. Photo: rkomi.ru

New legislation opens up for 5-year prison terms for fake news about the coronavirus.
Read in Russian | Читать по-русски
By

The State Duma, the lower house of the Russian parliament, this week approved amendments in the country’s criminal code that open up for major fines, as well as long prison terms, for spreading of what the authorities deem as fake information.

Individuals that share the information could get up to 1.5 million rubles fines or three years behind bars.

In serious cases when the information lead to the death of fellow citizens the punishment could be as high as 5 million rubles or five years of jail, the bill reads. The amendments were on the 31st March approved by the Duma and submitted for further reading in the Federation Council.

“In the current fight against the coronavirus, fake information disorients people and obstructs the decisions taken to help curb the situation,” State Duma representative and author of the legislation Pavel Krashennikov told newspaper Rossiiskaya Gazeta.

Russia from before has media laws that strictly regulate news information and the freedom of journalists, and several media houses have already been approached by the authorities over their COVID-19 news coverage.

Earlier this week, newspaper Magadan Govorit, an outlet in far eastern Russia, was cracked down on by the regional interior ministry and media watchdog Roskomnadzor after it published a story about lack of face masks and protective gear in a local hospital.

“This information can trigger feelings of panic among people in this period of global pandemic coronavirus infection and subsequently creates a risk of mass violation of public order and public security on the territory of Magadan Oblast,” the case against the newspaper reads.

Also in northern Russia, regional journalists report about growing pressure from the authorities. In Murmansk, editor and co-owner of news agency B-port Vyacheslav Gorodetsky last week announced that he was resigning following the numerous calls “from above”.

Russia has so far had relatively few known cases of coronavirus. But the situation is gradually aggravating and by 2nd April a total of 3548 people was registered as carriers of the virus. As many as 768 new cases have been revealed only over the last 24 hours.

The situation is by far worst in Moscow. But also several regions are getting badly affected. Among them is the Komi Republic, where more than 50 patients and health workers in a local hospital are infected.