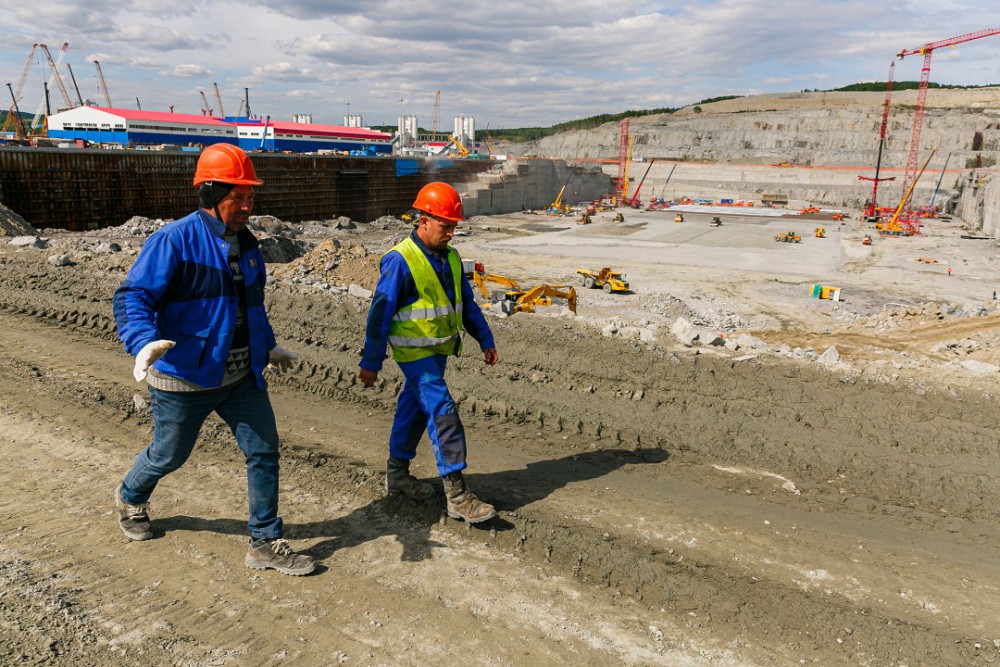 A big cruise vessel has anchored up along the banks of the Kola Bay as the number of infected workers in Novatek's Belokamenka project continues to grow.
Read in Russian | Читать по-русски
By

The construction site operated by natural gas company Novatek continues to be the hotbed of COVID-19 cases in the Russian north.

The official number of cases as of the 5th of May total 1.801, regional authorities inform.

There are about 11,000 people engaged in the construction of the yard that ultimately will build platforms for Novatek’s Arctic LNG projects. Almost 20 percent of them are now infected with the virus.

The construction site is located only few kilometers away from downtown Murmansk, as well as Northern Fleet headquarter city Severomorsk.

In an attempt to help relieve the situation, the project developers have hired cruise vessel “Princess Anastasia”.

On the 3rd May, the 175 meter long ship sailed into the Kola Bay. The “Princess Anastasia” normally transports passengers across the Baltic Sea from St.Petersburg and can take on 2,500 people. It has 834 cabins and can under normal conditions offer a wide range of passenger services, including a number of bars and restaurants, beauty salons and a medical center, ship owner MOBY SPL Line informs.

It is believed that the ship will house healthy workers that have tested negative on the virus.

A key contractor in the Belokamenka yard is Velesstroy, a company that works closely with Novatek in several major oil and gas projects.

The company has almost 3,800 workers on site, of whom 85 are undergoing hospital treatment. Only 53 of the workers are over 60 years of age, the company informed on the 30th April.

From now on, nobody is allowed to leave the site unless they have tested negative three times, the first conducted no earlier than 29th April.

“The situation is under control,” the company underlines.

Beyond Belokamenka, the number of infected in the Murmansk region remains low. But also here is a negative development with an increasing number of cases.

In the city of Murmansk, there were by 5th May a total of 41 officially registered cases. In the towns of Kirovsk and Apatity, the numbers were respectively 52 and 86, while the Pechenga area near the border to Norway and Finland has 36 cases.