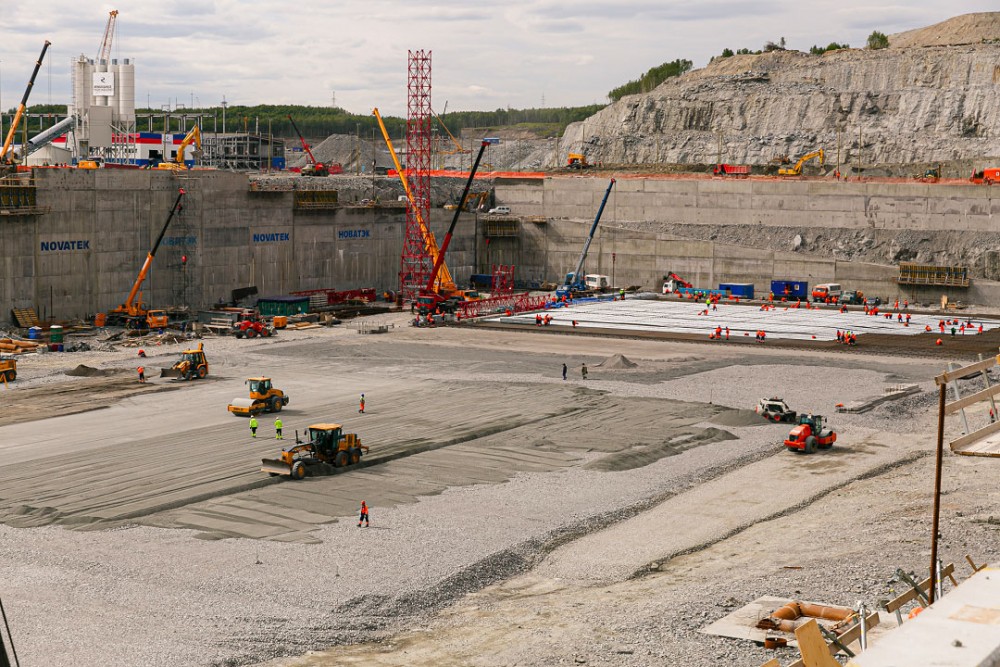 Meanwhile, other nearby towns are experiencing outbreaks of the COVID-19.
Read in Russian | Читать по-русски
By

The construction site in Belokamenka, just few kilometers from Murmansk City, has been a major headache for regional authorities and company Novatek. On site are about 11,000 workers that build the yard that ultimately will construct platforms for Novatek’s major LNG projects in the Arctic.

Following the coronavirus outbreak on site in late March and early April, an emergency situation was declared and stringent restrictions among workers introduced.

Two months later, the situation is officially declared to be under control.

Regional authorities on the 15th June announced that the quarantine regime in Belokamenka has ended.

“Thanks to the timely introduction of measures and professional work of doctors, the epidemiological situation in Belokamenka has stabilized,” Governor Andrey Chibis says in a comment.

A total of 2292 cases has officially been registered at Belokamenka, the regional COVID-19 registry shows. Over the last week, the number of new cases has significantly shrunk and on 16th June no new cases were reported.

Many are still undergoing treatment in local hospitals. A special regime on entry and exit will persist, the regional government explains.

Meanwhile, the spreading of the virus appears to have moved to other towns in the region. Among the new local hotspots for the virus is the city of Monchegorsk where 26 new cases were registered on the 16th June. A total of 188 cases are now registered in the town, which houses key industrial facilities operated by mining and metallurgy company Nornickel.

The City of Murmansk by 16th June has 917 cases, and naval headquarters city Severomorsk - 164.

The border municipality of Pechenga has 55 registered cases.