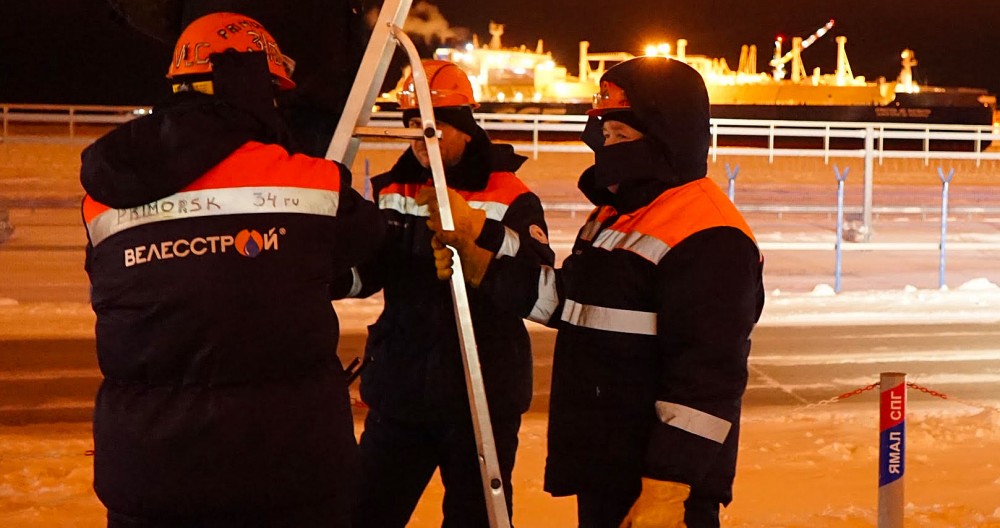 Sabetta was long a key site for coronavirus outbreak in the Yamal-Nenets region. Photo: Atle Staalesen

Commuting industry workers have boosted infection rates, and the far northern Yamal Nenets Autonomous Okrug is now among the regions with the highest number of new cases.
Read in Russian | Читать по-русски
By

Since the first cases were recorded in early April, a total of 5,332 people have contracted the virus in the north Ural region. Only on the 29th June, another 173 new cases were added to the list.

That is among the highest number in the country. Only eight other regions, including Moscow, St.Petersburg and other far more populous areas, had a higher number, official statistics show.

There is no signs of a declining curve in the region. Only over the last week, more than 1,060 new cases have been registered.

Commuters to the region’s many oil and gas fields have been a key source of infection. According to regional health authorities, more than 1,900 industry workers are now among the infected. And it is oil-producing town of Nova Urengoy that is site for the biggest number of cases. So far, a total of 1847 cases have been registered in town, of them 100 over the last 24 hours.

Meanwhile, the industry towns of Sabetta and Bovanenkovo, as well as field construction projects in Gydan and Kharasavey, currently have few reported cases.

That was not the case in mid-April, when health authorities decided to close the airport of Sabetta in a bid to curb a local virus outbreak. Several hundred workers were isolated and rejected exit from the remote tundra settlement.

The Yamal Nenets AO has about 60 oil and gas fields in operation and more than 100,000 commuter workers.

By 29th June, a total of 37 individuals have lost their lives of the virus. A total of 2,282 have been declared healthy after having been infected.

The Yamal-Nenets Autonomous Okrug is Russia’s most powerful oil and gas-producing region. In 2018, the vast north Ural region produced more than 601 billion cubic meters of natural gas, and the region now accounts for about 80 percent of Russia’s total gas production. The region also produces major volumes of oil and condensate.