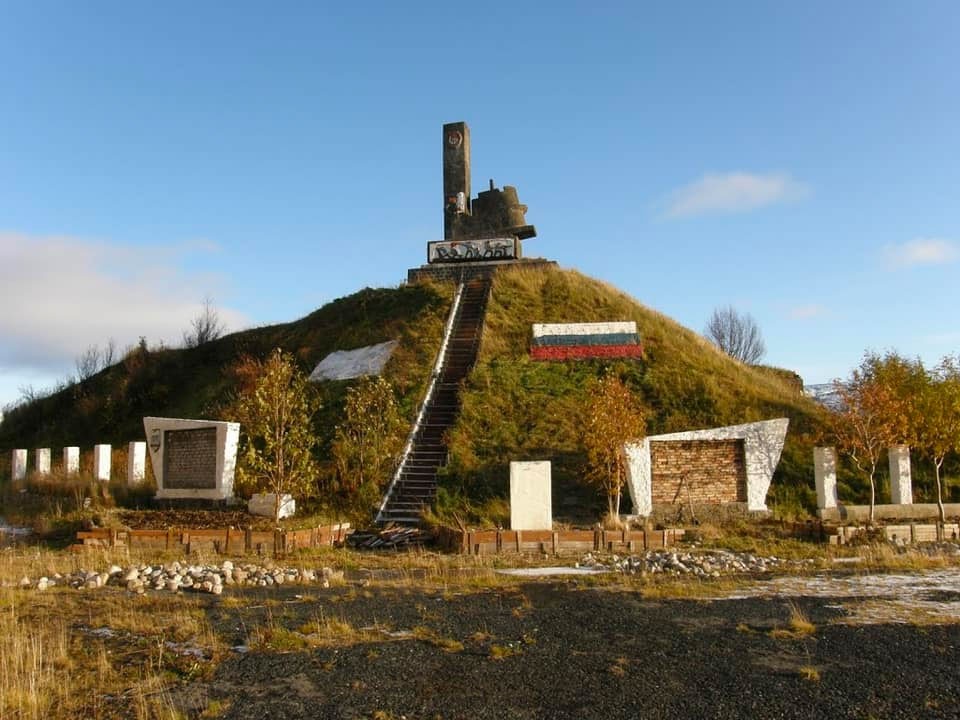 The Liinakhamari memorial when still intact. Photo: the Governor of Murmansk

The regional government in Murmansk is starting an investigation after a several meter high 2WW memorial in Liinakhamari on the Barents Sea coast was knocked to the ground.
Read in Russian | Читать по-русски
By

Messing with Soviet war memorials means trouble. That has been dearly felt by several of the countries that won their freedom and independence after the collapse of the Soviet Union.

For Moscow, the Second World War is a sacred domain and the thousands of memorials scattered across the country, as well as abroad, are not only seen as cherished heritage, but also as crucial part of a new ruling patriotic ideology.

No wonder, then, that this week’s demolishment of the memorial in Liinakhamari triggered a harsh reaction from the authorities.

The memorial was erected in 1972 to the memory of the submarine crew that in August 1941 sank two Nazi German transport ships in the Pechenga Bay. It was built by ardent members of Soviet youth organization Komsomol on a hilltop located only few kilometers from the borders to Norway and Finland.

It is not clear who on the 14th of September tore down the war memorial. But is appears as a deliberate and well planned act. People that came to site on the 15th say that there are clear marks of ropes used for the operations, Blogger51 reports.

The regional prosecutor now confirms that local police has started a criminal case and that the guilty will be charged with vandalism.

In a comment, regional Governor Andrey Chibis says he has taken the case under his personal control and that the memorial ultimately will be rebuilt.

“It is hard to imagine that there are people capable of doing such acts and that they are walking around in the globe as us,” the Governor says.

He underlines that circumstances will be clarified why the memorial was located on land leased by a private company.

Parts of the area has for years been used by private adventure companies offering fishing and diving in the Pechenga Bay. There are is also an extensive salmon farming industry in the area. In addition comes several companies that have been engaged in major seaport development projects.

Earlier this year, the Liinakhamari Port, a subsidiary of mining and metallurgy company Nornickel, announced the launch of a major tourism initiative.

Reportedly, there has for several years been conflicting interests between public authorities and private companies in the area around the memorial. The local authorities in the Pechenga district were this year in the process of clarifying owner relations and responsibilities for the maintenance of the memorial.

Liinakhamari and the surrounding Pecenga area was in the mid-war period part of Finland. It was ceded to the Soviet Union in 1944.