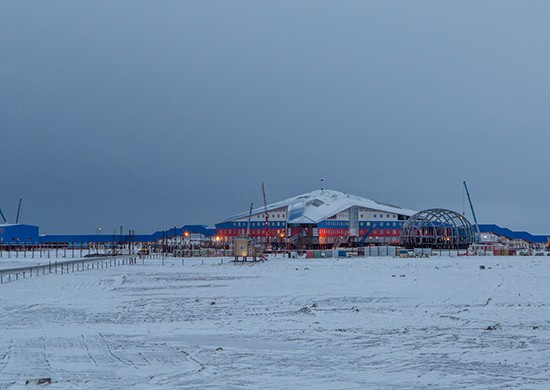 A regional court in Moscow has sentenced the two men to nine years of jail for massive theft of federal budget money. Their joint company Rusaliansstroy was responsible for the construction of three bases in remote parts of the Russian Arctic.

The company in 2014 signed a contract with the Armed Forced on the construction of military compounds in Novaya Zemlya, Wrangle Island and Cape Shmidt. Up to 3.2 billion rubles of state money was transferred to the company as advance payment.

However, shortly later Bushmanov and Ekkert ended up in conflict with the military, and in 2016 both men were arrested for having stolen a major share of the sum.

None of the men have pleaded guilty. Both argue that the construction works in Novaya Zemlya were completed in accordance with the agreement and that the complexes in Wrangle Island and Cape Shmidt were up to 80 percent completed, newspaper Kommersant reports.

Lawyers say they intend to appeal the case.

Both Bushmanov and Ekkert have close connections with the state apparatus. Ekkert before 2009 worked in the Ministry of Defence. He has also worked in the regional administration of Nenets Autonomous Okrug and oil company Rosneft.