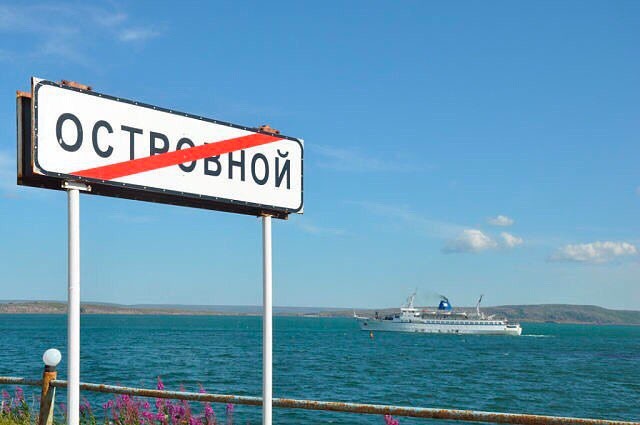 Closed military town on Kola coast loses lifeline to base

The 1,700 people of Ostrovnoy are isolated after the breakdown of their only ship connection to Murmansk
By

The remote town located on the Barents Sea coast about 300 km east of Murmansk is almost completely isolated after the ship that connects the locals with the outside world is sent away for repair.

The 42 year old liner Klavdiya Elanskaya was in mid-January sent to a shipyard in Arkhangelsk for upgrades. The aging ship is the only way of transportation between Ostrovnoy and Murmansk.

The closed military town that used to house a fleet powerful nuclear submarines has no road connection to the rest of the Kola Peninsula.

Regional authorities have set up a helicopter connection, but the air bridge is only partly able to provide the small town with necessary supplies.

On the 24th February, the regional government in Murmansk announced that an alternative ship, the Tuman, will deliver eight tons of supply for Ostrovnoy.

According to Head of municipality Olga Oginova, the Klavdiya Elanskaya is due to return to regular traffic in the first part of March. However, that time schedule could easily break and the locals of Ostrovnoy remain dependent on helicopters and more shipment by the Tuman.

The Klavdiya Elanskaya is the only passenger ship that operates along the Kola Peninsula. Over the last years, sailings have been marred by repeated technical troubles. Also in parts of June 2020, the passenger liner was undergoing repair works and passengers transported to and from Murmansk by helicopter

Also the ship operators have experienced repeated crisis, and in 2020 the Murmansk Shipping Company was declared bankrupt.

Since July 2020, the subsidized sailings on the route has been conducted by the Arkhangelsk-based Northern Shipping Company.

The Klavdiya Elanskaya is one eight vessels of its kind built in Yugoslavia for the Soviet Union in the 1970s. Three of the ships ended up in the Kola Peninsula. They all carried names of Soviet theater actresses. Klavdiya Elanskaya was the theater and movie star that won a wide range of Soviet cultural awards for her achievements, including the prestigious Stalin Prize in 1952.

Like its sister ships, the Klavdiya Elanskaya has ice-class standards and can operate in high Arctic waters, including along the coasts of archipelago Franz Josef Land.

The ship has previously served also several more settlements along the Kola coast. Now, it is first of all the 1,700 people of Ostrovnoy that depend on the ship.

The small town located by the Yukanga river still has status as closed military entity. Previously, the local Northern Fleet based of Gremikha housed several nuclear submarines and the local population in late Soviet days reached almost 15,000. Today, there are no operating naval vessels left in town, and the population continues to dramatically shrink.