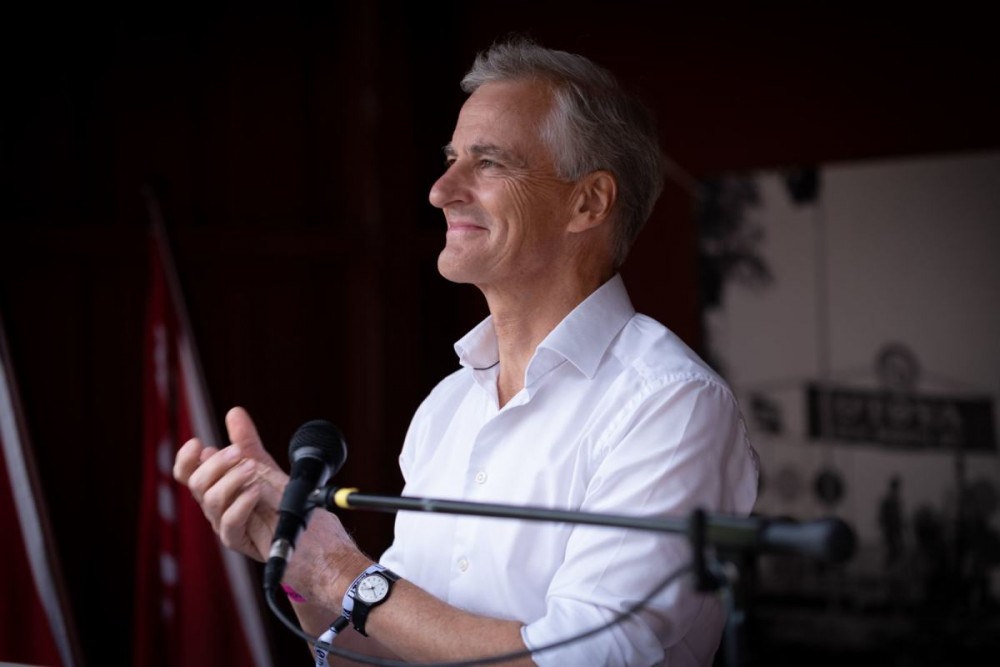 The cabinet of Jonas Gahr Støre is making climate change and the High North top priorities. At the same time, it aims for reduced fuel prices and continued drilling in Arctic waters.
Read in Russian | Читать по-русски
By

Erna Solberg is today moving out of her offices in downtown Oslo giving way to Jonas Gahr Støre. The new prime minister will lead a minority coalition government of Social Democrats and the Center Party. It includes 19 ministers, ten of them women.

The new government was on Thursday formally approved by the King and will take over the reigns of the country from 12 am that same day.

New Minister of Foreign Affairs is Anniken Huitfeldt, the woman that over the past years has chaired the Parliament Standing Committee on Foreign Affairs and Defense. Defense Minister is Odd Roger Enoksen, the former Center Party leader and minister in the government of Jens Stoltenberg (2005-2013).

Finance Minister is Center Party leader Trygve Slagsvold Vedum, and Minister of Climate and Environment is Espen Barth Eide, the experienced social democratic politician that was both defense minister and minister of foreign affairs under Jens Stoltenberg.

New Minister of Oil and Energy is Social Democrat Marte Mjøs Persen, and Minister of Justice will be Emilie Enter Mehl. The latter is only 28 years old and becomes the country’s youngest ever Justice Minister.

The Social Democrats and Center Party won respectively 26,5 percent and 16,6 percent of the votes in the September 13th election. The minority government will be dependent on support from other parties in parliament after the Socialist Left party left negotiations arguing that it did not get sufficient support for its anti-oil drilling policy.

In his policy platform, PM Jonas Gahr Støre underlines that the new government is “a government for ordinary people,” that will fight social injustice and centralization.

The document outlines climate change as top priority, and makes sure that Norway’s emission cuts will be 55 percent compared with the 1990-level and that carbon neutrality will be reached by 2050.

However, at the same time Støre underlines that his climate policy will be “just”, and that environmental taxes will be socially and geographically adjusted. Consequently, the new government says it will work for reduced petrol prices, especially in the regions.

Støre’s government also makes clear that it will continue to drill for oil. According to the policy document, the country’s petroleum industry “must be developed and not terminated.”

“The petroleum industry is a highly productive industry that contributes with great revenues, wealth generation and jobs in Norway, and the government will prepare the ground for a continued high activity level on the shelf,” the document reads.

Støre underlines that Norway’s current oil licensing system will remain in place and that new acreage will be continued to be offered to the oil industry. That includes the country’s wide-stretched Arctic waters.

The new government also says it will make the High North a top foreign policy priority region. The policy document underlines that “the bilateral cooperation with Russia is to be further developed,” with emphasis on ocean resources, climate and coastal-related issues in the Barents Sea and Arctic.

It says that “new cooperation initiatives will be taken in relations with the neighboring countries,” and that “common meeting points” for foreign policy and security dialogue will be established.

The new government includes strong anti-EU representatives, among them Finance Minister Slagsvold Vedum. The Center Party has long called for Norway’s withdrawal from the European Economic Area agreement and its replacement with a separate trade agreement.

The policy platform underlines that the EEA agreement is to remain in place. But the last ten years of the agreement is to be evaluated, and talks with Brussels over possible reservations in the EU’s fourth railway package are to be initiated.

The new government also says that it will “evaluate experiences of other non-members and their alternative agreements with the EU.”