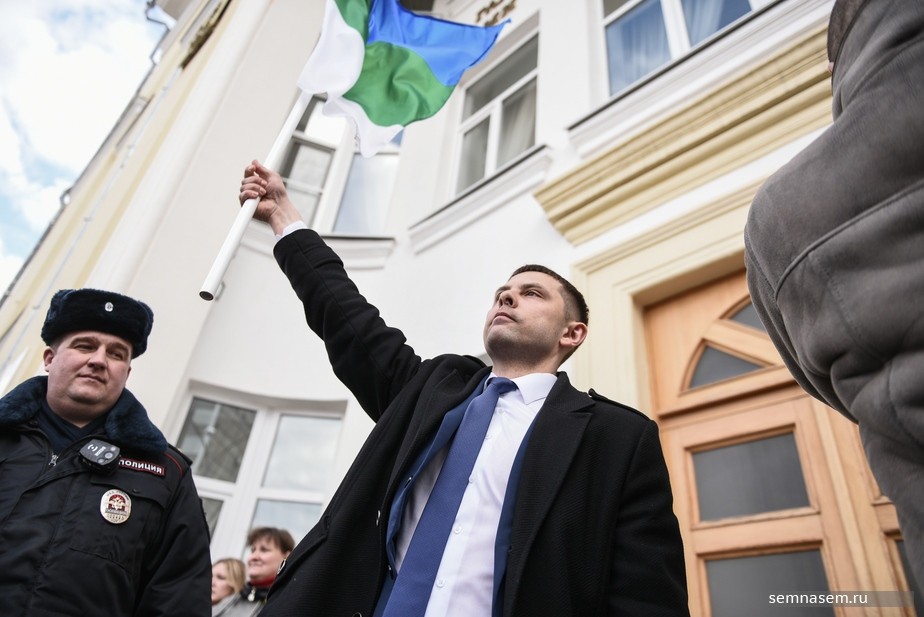 Member of Parliament Oleg Mikhailov in the streets of Syktyvkar ahead of his election to the State Duma. Photo: Kirill Shein, 7x7-journal

The State Duma has approved a bill on regional government that opens up for appointment of life-long regional leaders and a significant tightening of Moscow's grip on power across the country.
Read in Russian | Читать по-русски
By

With a large majority, Russian legislators in a first reading on the 9th of November adopted the bill that significantly strengthens Moscow’s control over the regions. The Law on Public Power will allow regional leaders to remain in power indefinitely. If they comply with the desires of the federal center. At the same time, the President will get expanded authority to sack the leaders that no longer has his confidence.

In addition, federal ministries will be entitled to appoint managers of their corresponding regional bodies. And the regional leaders will no longer be named “governors”, but instead only “heads of federal subjects,” the State Duma informs.

In the first reading, a total of 317 legislators approved the bill. Among the 66 votes against the new legislation were mostly representatives of the Communist Party. A second and third reading will take place before the bill becomes law.

A vocal representative of the Communist opposition is Oleg Mikhailov, the politician from the Komi Republic that was elected to the State Duma in September this year.

According to Mikhailov, who for years has been a sharp critic of Putin and his United Russia Party, the new Law on Public Power threatens to put an “end to federalism in Russia.”

“For Komi as a national republic this law is of great significance,” he said in a public meeting in downtown Syktyvkar, the regional capital, on the 20th of November.

Komi is one of the country’s 21 republics that has enjoyed special national status since the Russian Constitution was adopted in 1993. This system is now in jeopardy, Mikhailov warns. “It will be the last nail in the coffin of federalism in Russia,” he said during a session in the State Duma, Kommersant reports.

Many people assembled around the popular politician as he last week started to speak in the central square. A policeman approached, but soon moved away from the area as people started to chant anti-government slogans, 7x7-journal reports

The negative attitude towards the new federal law has been voiced by the 34-year old politician also on his media channel, the Novaya Respublika blog. In weekly talk shows broadcasted on social media, Mikhailov has continued to lash out against the current state of affairs in the country.

Reactions against the law have been strong across the country, and especially in several of the 21 republics. On the 11th of November, an activist staged a one-person protest against the legislation in Syktyvkar. According to Svyatoslav Krasikov, a member of the New Republic movement, the rights of his region and its people are being infringed.

“As an indigenous inhabitant of the Komi Republic, I am filled with indignation,” he told 7x7-journal. “I believe Russia needs federalism,” he underlined. During the protest, he wore a jacket with the ethnic Komi flag.

Both Krasikov and MP Mikhailov strongly react to recent statements made by Parliament Speaker Vyacheslav Volodin. According the powerful politician, the regions were instrumental in the collapse of the Soviet Union.

“When talking about the federation, lets have a look at the issues. Lets analyse the disintegration of the Soviet Union [and] the republics, national republics, the self-determination of the nations. Mistakes embedded in the very foundation of the country [USSR] led to its collapse,” Volodin said in a recent parliament discussion, 7x7-journal reports.