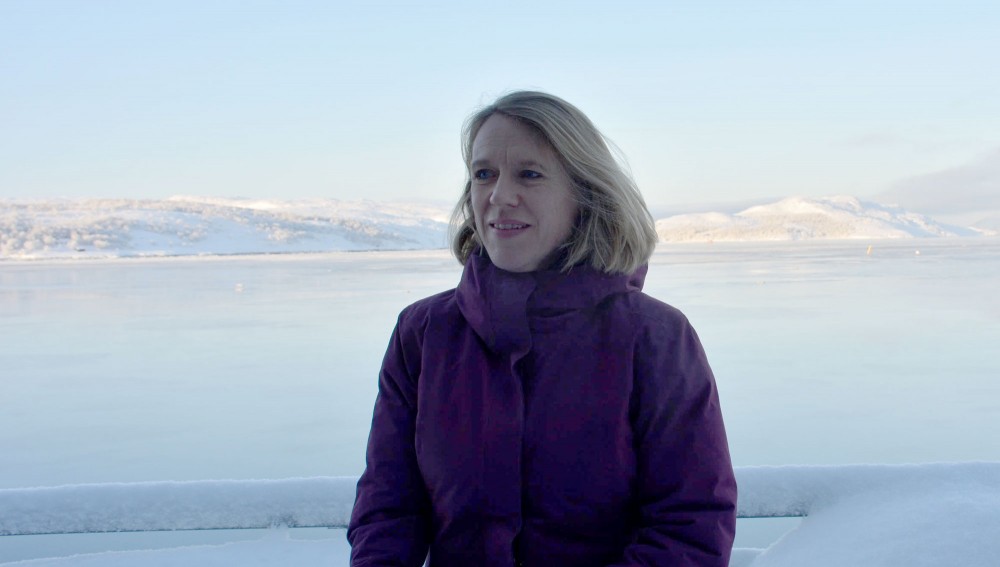 Few hours before Putin's massive attack on Ukraine, Norway's Foreign Minister Anniken Huitfeldt confirmed that she is planning a trip to the neighbouring country.
Read in Russian | Читать по-русски
By

The foreign minister confirms to the Barents Observer that she is planning a visit across the border to Russia. But she underlines that the time for the visit is not yet clear.

The statement was made in the border town of Kirkenes where Huitfeldt was participating in the Kirkenes Conference.

“Yes, I have plans to visit Russia, but it is not clear when it will be,” she said.

Before becoming foreign minister, Anniken Huitfeldt has on several occasions traveled to Russia. In 2016, she went from Kirkenes to the Russian border town of Nikel where she met with local authorities. Huitfeldt was at the time Chair of the Norwegian Parliament Standing Committee on Foreign Affairs and Defence.

The foreign minister is confidence that Norwegian-Russian regional people-to-people cooperation will bounce back as soon as COVID-19 calms down and it becomes easier to travel.

“There are very many people that would like to cross the border now both from the Russian and Norwegian sides, and that will open for more sport cooperation, Barents Pride and joint cultural events,” Huitfeldt told the Barents Observer.

It has become a tradition for Norwegian foreign ministers to speak at the Kirkenes Conference, an event that is normally attended by Norwegian and Russian representatives of business and regional governance. This year, however, there were no Russians present in town, except the Russian Ambassador to Norway Teimuraz Ramishvili.

The conference started on the 23rd of February, only few hours before Russia launched its massive offensive on Ukraine.

Foreign Minister Huitfeldt has clearly condemned Russia for its aggression against the neighbouring country. In her speech in Kirkenes, she underlined that Norway does not compromise on international law and that it fully supports Ukraine, its sovereignty and territorial integrity.

At the same time, she made clear that her government wants to continue cross-border cooperation with Russians.

“The more difficult the relationship, the more important to talk together [and] neighbours do talk about issues of joint interest, both simple and challenging issues,” Huitfeldt underlined and added that four Norwegian-Russian cooperation commissions will continue their work. The two neighbouring countries have joint commissions on fishery management, economical development, environment and nuclear safety. In addition, they have a well-established coastguard and border management cooperation.

Earlier this month, Foreign Minister Huitfeldt delivered a speech at the University of Oslo where she highlighted Norway’s strong allegiance to its NATO partners and made clear that her country’s Armed Forces will step up military training in the North. “Coercive diplomacy is back in Europe,” she underlined