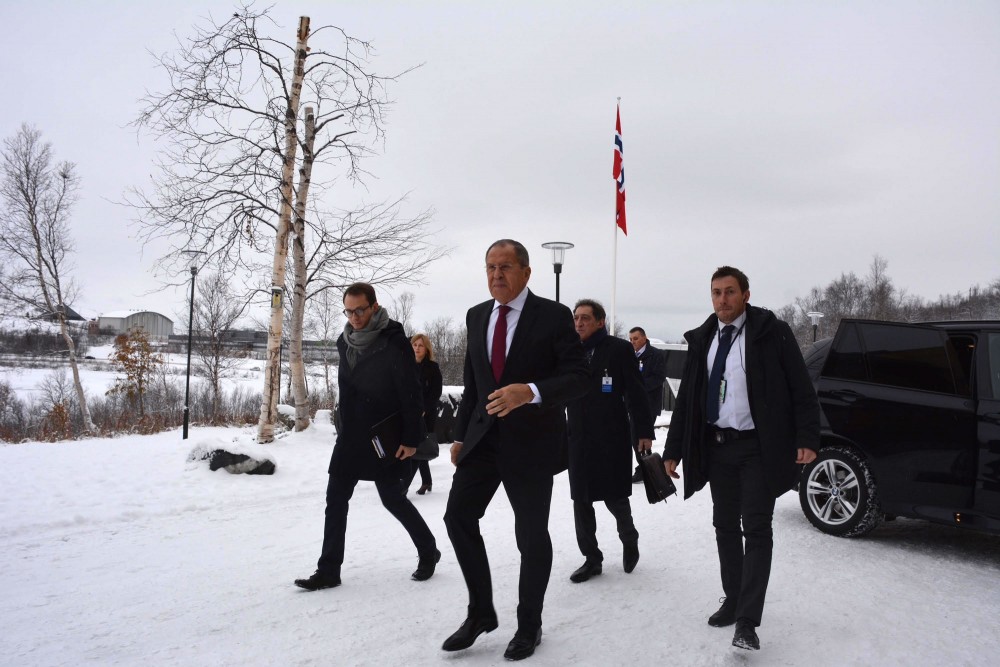 Russian Foreign Minister Sergei Lavrov visited Norwegian border town Kirkenes in 2019. He will not be back in the Nordic region any time soon. Photo: Atle Staalesen

The war with Ukraine leads to a full suspension of Russia from the Barents Council, Nordic Council of Ministers, as well as the Council of the Baltic Sea States.
Read in Russian | Читать по-русски
By

“The military attack on Ukraine makes it absolutely impossible to continue cooperation,” a statement from the Nordic Council of Ministers reads. The structures of regional cooperation have been carefully developed since the early 1990s. They are now collapsing and might not rebuild any time soon.

“The cooperation has all the time had the aim to build trust, mutual understanding and development in the region,” the Nordic body underlines.

For more than 25 years, the Nordic Council of Ministers has supported joint activities with nearby Northwest Russia. The council is a body established by five Nordic countries; Denmark, Finland, Iceland, Norway, Sweden, as well as self-governing regions of Faroe Islands, Greenland and the Ålans Islands.

The message is the same from the Council of the Baltic Sea States (CBSS). “The members – Denmark, Estonia, Finland, Germany, Iceland, Latvia, Lithuania, Norway, Poland, Sweden and the European Union – have decided to suspend Russia from further participation in the Council’s activities in response to the unprovoked and illegal war now being waged by Russia against Ukraine, the Ukrainian people and the country’s authorities,” a statement reads.

The Barents Council has not issued any official statement. But Jari Vilén, Finland’s Ambassador for Barents and Northern Dimension, confirms that the council’s work is moving into a stalemate.

“Due to Russia’s unprecedented military aggression against Ukraine it is obvious that also the Barents cooperation cannot continue as it was before 24th of February,” he says in a comment to the Barents Observer.

“We have woken up to a different world than yesterday and it is clear that our regional cooperation with Russia cannot continue as before and that these changes could be long-lasting and will be influenced by the events.”

According to Vilén, the Nordic members of the Barents Council will “soon come out with our common position.” The Barents Council is a forum for intergovernmental cooperation with chairmanships rotating between Norway, Finland, Russia and Sweden.

Also the Arctic Council is halting its activities.

Norwegian Minister of Foreign Affairs Anniken Huitfeldt explains that the suspension of cooperation is “not made with a light heart.”

“We have to react, Russia must understand that it is the one that has the key to the reestablishment of relations.”

She also underlines that the restrictive measures are aimed against the political regime and not against the Russian people.