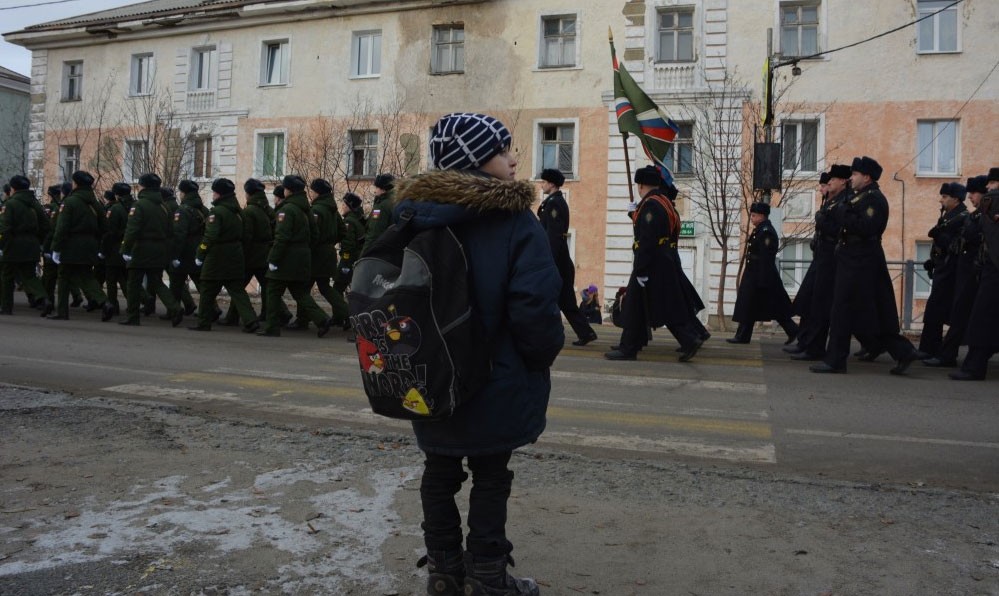 Teachers are requested to enlighten school kids about Ukraine's "genocide against Russians" and its "historical adherence" to Russia.
Read in Russian | Читать по-русски
By

The Ministry of Education in Murmansk on the 28th of February announced that history classes in regional schools should include updated teaching about Ukraine.

According to a letter signed signed by acting Minister Svetlana Videneeva, the new methodical materials are recommended to be applied in history classes for kids in 6-11th grades. The materials should be taken use of from 1st of March. Also online classes are provided, Videneeva informs.

Among the new teaching materials is a brochure titled “Russia and Ukraine — two parts of a united historical, spiritual and cultural space.”

The brochure that appears to have been produced ahead of Russia’s invasion looks as far back as to the christening of so-called Rus’ in year 988 and argues that Putin’s recognition of eastern Ukrainian rebel republics and the war is legitimate.

It gives major attention to Ukraine’s so-called “anti-Russian path.” It argues that the country is russophobic, Nazi-friendly and controlled by outside Western forces.

It also includes wide coverage of Putin’s ultimatums to NATO and the USA, as well as his lengthy speeches in the run-up to his country’s bloody invasion of the neighbouring country.

“Remember the history, […] Russia has always been a guarantor of Ukraine’s security and independence,” the authors of the materials underline to the school kids.

They also offer the students to elaborate on the question “Can the actions of our country be seen as an older brother’s help to his younger sibling?”

The brochure has been sent by local teachers to Violetta Grudina, the activist and opposition politician from Murmansk. Many teachers in the region are strongly against the propaganda, Grudina says on her Telegram channel.

Murmansk is one of many Russian regions that has soldiers in Ukraine. Several hundred troops from the 200th Motorised Rifle Brigade in Pechenga, as well as marines from Sputnik, are believed to be engaged in heavy fighting across the country.