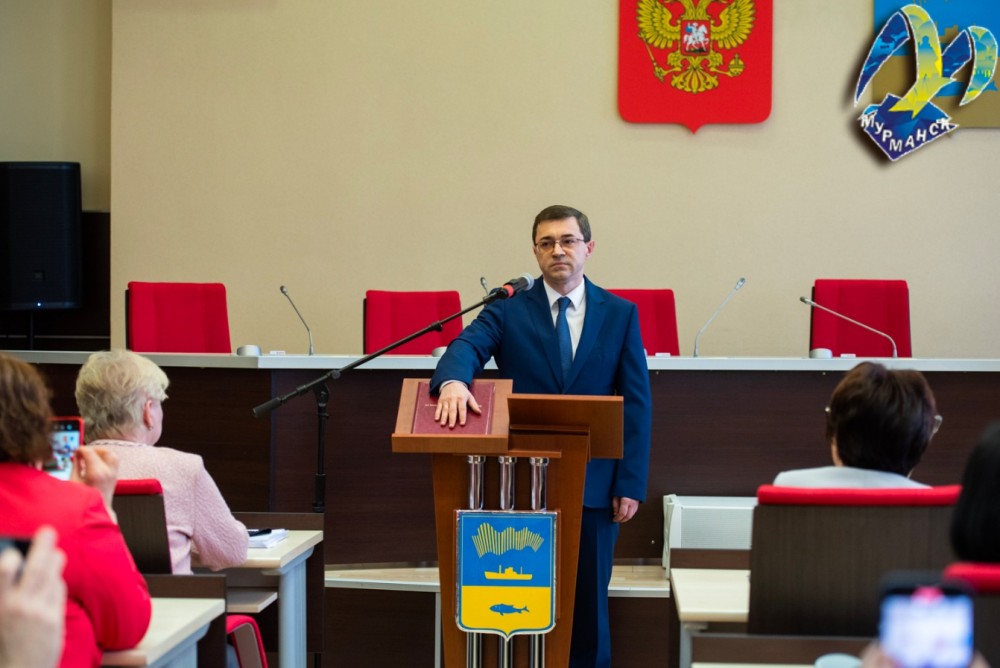 Igor Morar was on the 31st of March inaugurated as new Head of Murmansk City. Photo: murmansovet.ru

Like thousands of others in the Russian North, the new City Mayor of Murmansk comes from Ukraine

Igor Morar is elected new Head of Russia's Arctic capital. He is born in the Ukrainian city of Luhansk.
Read in Russian | Читать по-русски
By

It has taken more than than half a year to elect new City Mayor of Murmansk. Since the local city elections in September 2021, a conflict has raged in the legislative body between politicians loyal to regional Governor Andrei Chibis and their adversaries.

Chibis has repeatedly pushed for the appointment of one of his patrons to the post as city mayor, but to now avail.

On the 31st of March the legislators finally managed to agree on the appointment of Igor Morar.

Political veteran Morar is a businessman who has owner interests in several key sectors in Murmansk, including reportedly in the media business. He does not represent the United Russia Party.

47-year old Igor Morar has lived most of his life in Murmansk, but he was originally born in  Luhansk, the Ukrainian city that for the past eight years has been under occupation by Russia and its rebel forces of the so-called Luhansk People’s Republic.

Unlike many of his colleagues in regional and local government, Morar has apparently not flagged support for the war against Ukraine.

“We now have to analyse the current state of affairs and start resolving the main issues of the city. And then our work will speak for us,” he says in a comment.

Morar is far from the only with Ukrainian roots in the Russian North. In the Murmansk region, there are about 30,000 people that identify themselves as Ukrainian.

According to the census of 2010, a total of 4,31 percent of the regional population is Ukrainian. That makes them the second biggest nationality in the region after Russians (80,7%) and before Belarusians (1,5%).

The Ukrainians are well represented also in a number of more north Russian regions. In the Yamal-Nenets region, they account for as much as 9,4 percent of the population. And they constituted an even bigger share of locals in the late 1980s. In the census of 1989, as much as 17,2 percent of locals in the region said they were Ukrainians. The census data is provided by Wikipedia.

In the late period of the Soviet Union, many thousands from across the country came to northern regions to work because of higher salaries and beneficials living conditions. Most of them returned south after retirement, but some stayed.

In earlier years, hordes of people were forced to move north. Many of them were forced labourers of the GULAG system.