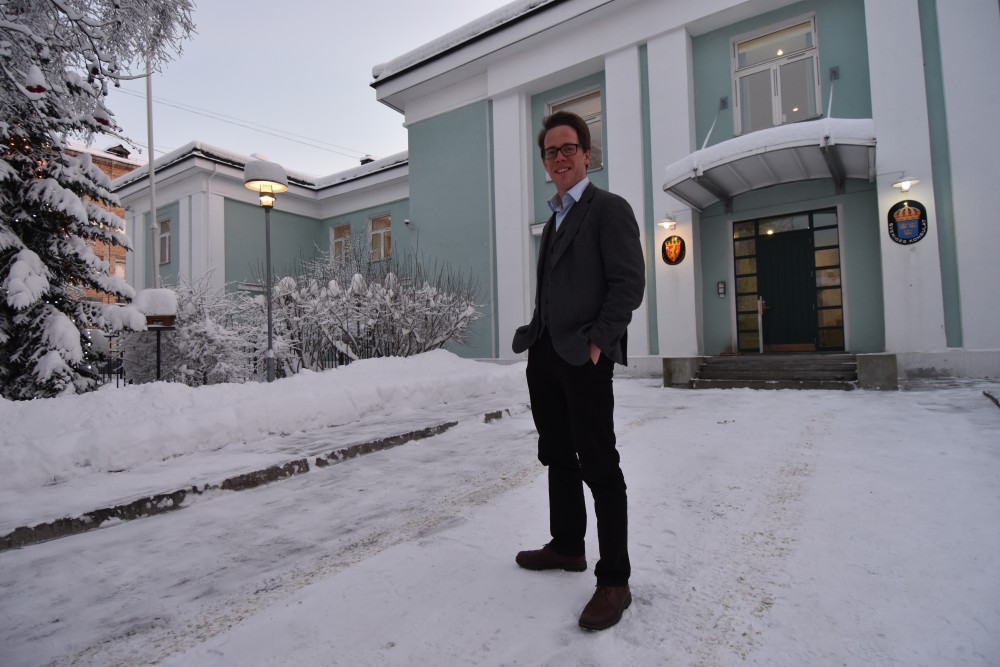 Jørgen Holten Jørgensen served as Consul at the Norwegian Consulate General in Murmansk from 2016 to 2018. Photo: Thomas Nilsen

“Russia and Norway no longer have anything to talk about,” says Jørgen Holten Jørgensen, former Consul in Murmansk.
Read in Russian | Читать по-русски
By

“The closure of the Consulate General is the final confirmation that end has come to a process that started in the early 90ties. It’s over,” says Jørgen Holten Jørgensen. His job was to open doors for Norwegian interests in Russia’s northwestern regions, including Arkhangelsk and Nenets Autonomous Okrug.

“It sends a strong signal that Norway sees it as useless to continue diplomatic relations at the regional level,” Jørgensen makes clear.

For nearly 30 years, the Norwegian Consulate General in Murmansk served as a lighthouse for international cooperation in a post-Cold War era. Being a rare area of successful cross-border relations between Russia and Europe, the diplomates sent by Oslo facilitated hundreds of delegation visits like parliament committees, ministers, royals, military officers, businesses and non-governmental organizations.

In the peak years of trust-building regional initiatives, from 2000 to 2012, it had more than 20 employees and was Norway’s second-biggest Consulate General after New York. In 2008, the first-ever five-years valid multiple-entry visas to Schengen issued to Russians without an invitation were handed out from the Consulate General. No other foreign missions issued more visas to Norway per year than the consular department in Murmansk.

The cold winds now blowing over the borders did not originate from the northern regions. But Russia’s war on Ukraine has since 2014 shaved off project by project. Distrust has replaced hope. Trade and businesses are pushed into the ditch as Russia’s security services now rule the society. After Putin launched his massive unprovoked military attack on February 24 this year, the last remaining hope for continued regional cooperation in the north was washed away by the rippling effect of the Russian dictator’s twisted determination to ‘return’ territories to Russia.

“When all these relations were abruptly cut off on February 24, the Consulate was left with almost no tasks. Only a very few Norwegians are left in Murmansk. Therefore, the closure means very little in practice,” the former Consul says to the Barents Observer.

“It manifests a process that has been going on for some time, but which reached a climax with the attack on Ukraine.”

Jørgen Holten Jørgensen has himself experienced the tighter security regime in the region. In 2017, he traveled on a passenger boat around the coast of the Kola Peninsula together with other employees at the Consulate General and Finland’s Consulate office in Murmansk. Arriving at Gremikha, a former submarine base in the middle of nowhere, the group was forced to disembark and then accused by FSB of violating the rules for where foreigners are allowed to be or not to be.

“We must assume that there are strong forces in Russia that don’t want a NATO country’s presence in Murmansk. The pressure on the Consulate General may therefore have been increasing recently,” Jørgensen assumes.

Earlier this week, someone put up an anti-NATO banner with a Nazi undertone in front of Finland’s consulate in Murmansk.

Looking into the crystal ball, Jørgensen believes the Consulate General can be re-established as soon as “the Russian regime changes, or preferably falls.”

In her press-release earlier this week, also Foreign Minister Anniken Huitfeldt keep the door open for a Norwegian come-back in Murmansk.

“It will be reopened as soon as the situation allows for it,” Huitfeldt said.

Jørgensen says that if this happens in a year or two, it will be “reasonably easy” to re-establish relationships and networks as many of the same people will be in position on both sides of the Norwegian-Russian border.

“If it takes 10, 15, or 20 years before the Consulate General reopens, then we have to start from scratch again. We are then back to like it was in 1990 and have to build and develop relations from the start.”

Although there are close to zero Norwegian activities in today’s Murmansk, the Consulate General has also served as an important listening post and held in-person contact with Russian regional authorities in case of emergencies, incidents at sea, or other disastrous events.

“It will be difficult to follow what happens on the Russian side, especially because Russian media is now so unreliable,” he says and makes clear:

“This is negative for our preparedness.”

Search- and Rescue (SAR) and the work in the joint fishery commission are two of very few areas of contact between Norway and Russia. Also, the nuclear emergency preparedness channels are still, at least in theory, operational.