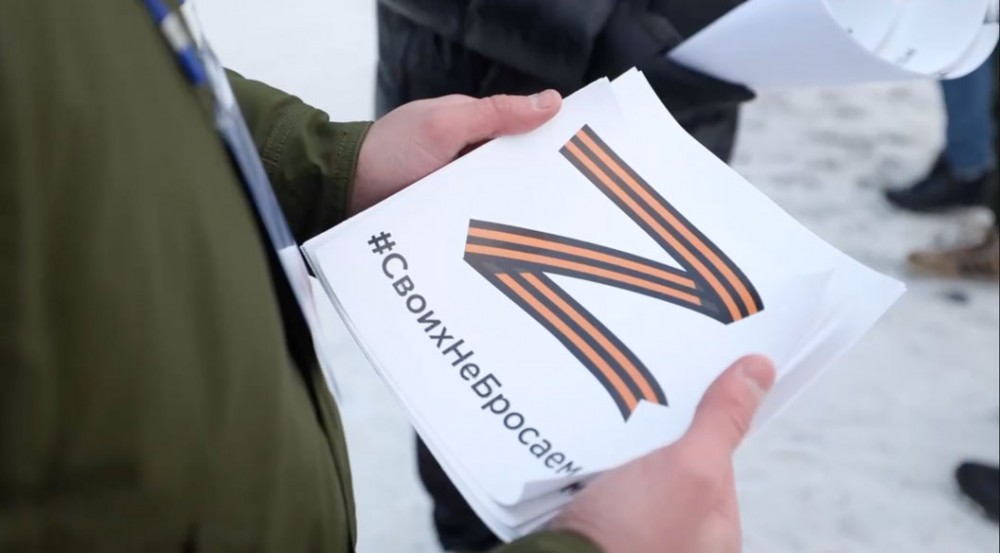 When the diplomats woke up in the morning on July 4th, both of the Norwegian Consulate General’s CD-plated cars were tagged with ‘Z’ stickers on the back.
Read in Russian | Читать по-русски
By

According to the Ministry of Foreign Affairs in Oslo, the persons pasting the stickers on the diplomatic cars were not identified.

“That night the cars were parked outside the Consulate General. The parking space is guarded, but the guards had not seen what happened,” said spokesperson Guri Solberg to the Barents Observer.

“The stickers were removed. The case was not brought to the table of Russian authorities since the cars were not impaired,” Solberg said.

Norway’s Consulate General in the north-Russian city formally closed its doors to public service on July 1st. In the following days, both the diplomates and local employees were packing stuff and preparing to leave the country.

It was in June that Norwegian officials decided to close the consulate that for the last three decades had supported cross-border contacts between the two countries in the north.

“The frames within which the General Consulate is promoting Norwegian interests have over time been significantly reduced [and] we can no have regular operations when there is almost no activity,” foreign minister Anniken Huitfeldt said at the time.

Consulate staff members have previously told the Barents Observer about “certain remarks” on social media, but would not “comment on possible threats.”

The harassment with Nazi-inspired ‘Z’ stickers on the CD-plated Volvo vehicles is not the first-time foreign diplomats are bullied in Murmansk. Earlier this summer the Barents Observer reported about Finland’s consulate office that suddenly discovered a two-meter-wide anti-NATO banner with a Nazi undertone on the fence outside.

The banner depicted two consulate staff members on a background of the Finnish flag, the NATO emblem, ammunition boxed destined for Ukraine and the text: “Goodbye Russia. Heil NATO.

Lari Peltonen, leader of the diplomatic office was shown with what appeared to be a Nazi officer cap. A gunsight was aimed against his forehead.

Unlike the Norwegians, the Finns brought up the incident with Russian authorities.

In Murmansk it was Governor Andrey Chibis that in early March launched the campaign encouraging people to use the war symbol, handing out leaflets and stickers with the aggressively brandished “Z”.

According to the Russian Ministry of Defense, the Z stands for “za pobedy” (for victory), as well as “za mir” (for peace), “za nashikh” (for our people), and more.

It has caused confusion among many Russians. The Z is a Latin and not Cyrillic letter.