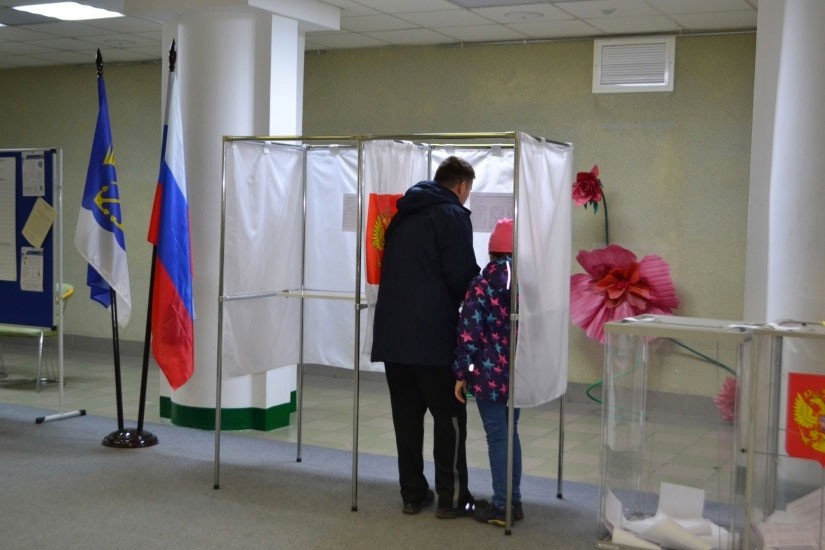 No queues of voters by the polls in Murmansk region. Photo: Severomorsk City

Behind the apparently comfortable win of Putin's party of power in this weekend's regional elections is a growing sense of voter resentment. The actual support of the current rulers is "catastrophically low," a local opposition candidate from the Kola Peninsula says after the United Russia Party won 44 of 45 regional mandates.
Read in Russian | Читать по-русски
By

Sunday 11th of September was local election day across Russia, and more than 40,000 deputies were voted into local and regional assemblies in 82 federal subjects.

Like in previous votes, the United Russia won sweeping victories, and the few independent-minded candidates that were allowed to run were marginalised.

Despite numerous reports about fraud at the polling stations, the party underlines that the vote was free, fair and competitive.

“Our party always wins in competitive battle, when there are conflicting programs, conflicting ideologies and approaches to how to resolve vital citizens’ problems in our country,” Party leader Dmitry Medvedev said in a comment after results were announced late Sunday.

According to the former president, now Deputy Head of the Russian Security Council, the election campaign demonstrated “huge consolidation” of people around Putin and his call for war. And election results must be seen as a solid sign of support, Medvedev argues.

“All objectives laid out by the President of our country will be fulfilled and the support that our party got during these elections is a guarantee for our undertaking of necessary action,” the hardliner party leader says.

But the overwhelming election victory notwithstanding, there is resentment under the surface. Russia is engaged in a cruel war and young Russian men are losing their lives in the thousands. The President and his establishment is on the defensive not only on the battlefields in Ukraine, but gradually also domestically in Russia.

The regional elections will hardly make things any better.

In Murmansk region, the United Russia won 44 of the 45 seats in local town assemblies up for a vote. That includes the full town council of Vidyaevo, the Navy town, as well as several seats in the assemblies of Murmansk City, Severomorsk and Pechenga.

In Pechenga, the one free seat was won by Tatiana Veitsman, the local representative of the United Russia. There were six other contenders to the post, among them former newspaper editor Tatiana Iskorneva.

Veitsman won with a total of 163 votes. Iskorneva became second with 52 votes.

The victory of 53-year old Veitsman came as nobody’s surprise. But the number of votes was lower than before. The 163 votes casted in favor of the United Russia representative amount to less than 13 percent of the 1270 people electorate.

According to Aleksandr Selyakov, himself one of the contenders to the council seat, the support for Veitsman is even less. He argues that the 118 votes that were casted in advance are “highly dubious,” and that the actual votes for Veitsman is only 45.

“This is a catastrophic level of support for the policy of the current rulers,” Selyakov underlines in a comment on VK. He himself won only 33 votes.

More locals are critical to the result and express themselves in local VK pages.

“This means that 80 percent are in favor of the United Russia and Putin, for the unification of Ukrainians [with Russians] or for their departure from their homeland, and for the death of the ones that oppose. For totalitarian laws and for the imprisonment of opponents, preferably for life,” a local voter writes with sarcasm.