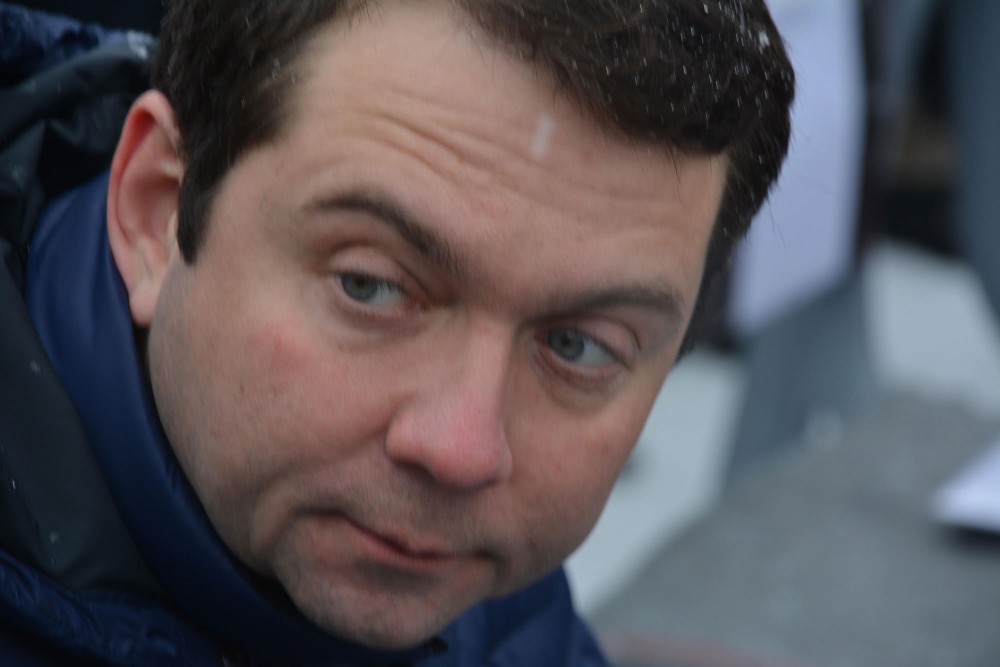 Following his engagement in the mobilisation of military reservists in the Murmansk region, war ally Andrei Chibis is put on London’s sanction list.
Read in Russian | Читать по-русски
By

The Murmansk Governor was early to flag support for the military attack on Ukraine. A few days after the invasion, Chibis got himself a hoodie marked with “Z” - the war symbol created by the Kremlin.

He then praised the fighters in the first weekly meeting with his regional government.

“We support all our fighters who are participating in the special operation today, ensuring the security of our country and protecting the interests of our citizens. This is fundamentally important. We are certainly proud of our military, who are performing a heroic task.”

Andrei Chibis is now one of many Russian regional leaders that are included in the United Kingdom’s sanction packages against Russia. Among them is Arkhangelsk Governor Aleksandr Tsybulsky.

The updated list with the Murmansk Governor’s name was published by the Foreign Office in London on November 30 and calls for a freeze of all assets, accounts and other economic resources owned or controlled by the sanctioned individuals.

Chibis will also be denied entry to the United Kingdom.

Other governors from Russia’s north sanctioned by the UK include Yamalo-Nenets governor Dmitry Artyukov and Komi Republic leader Vladimir Uyba.

Andrei Chibis has not yet commented on the sanctions against him.

Meanwhile, the governor continues to praise young men from the Murmansk region killed on the battlefields in Ukraine. On his VKontakte page, Chibis earlier this week named three by name, and underlined that they all were “grandchildren of the winners of the Great Patriotic War [Second World War].”

“The North will remember you as such - the heroes of our time, we will keep the memory of you as an example of true courage,” Andrei Chibis wrote.