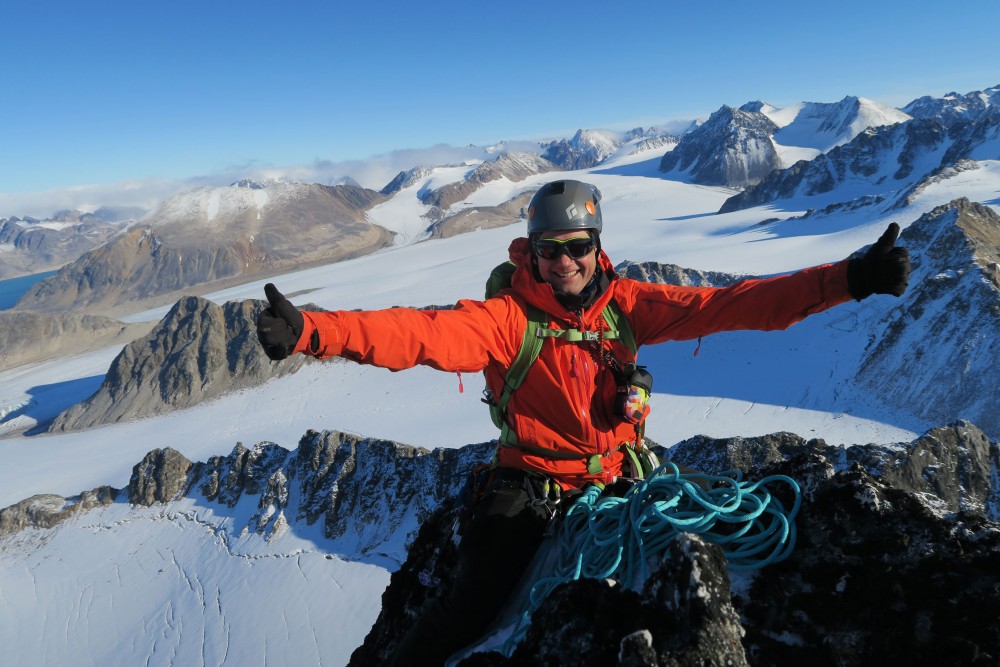 Andrey Yakunin used a drone when he climbed the Kvasspiggen summit at Svalbard on August 22. Russian citizens are not allowed to fly drones in Norway and the police brought charges against him.

The 47-year-old British-Russian citizen charged for flying a drone at Svalbard walked out as a free man Wednesday evening.
Read in Russian | Читать по-русски
By

The multimillionaire is the eldest son of oligarch Vladimir Yakunin, a close Putin associate and former head of Russian Railways.

Yakunin was arrested onboard his yacht in Hammerfest, northern Norway, in October after he earlier in the summer was on adventure expedition to the Arctic archipelago of Svalbard.

Russian citizens are not allowed to fly drones in Norwegian airspace, but when he was questioned by the police, Andrey Yakunin said he was a British citizen. The police, however, found his Russian passport onboard the sailing yacht.

The ruling of acquittal by Nord-Troms and Senja district court says that flying a hobby drone is not covered by the sanctions regulations.

“It is very gratifying, but not at all surprising, that the district court has concluded that Andrey Yakunin has not committed any criminal offense in Norway,” says his lawyers John Christian Elden and Bernt Heiberg.

The sailing yacht is still in Tromsø, but Yakunin himself flew to Oslo where he and his team will meet the media Thursday afternoon.

State prosecutor Kristin Røhne told newspaper VG shortly after the release that the ruling will be appealed and is expected to come up for a higher court in late January.

Two other Russian citizens detained for flying drones in Norway have been sentenced to 90 days and 120 days in prison.