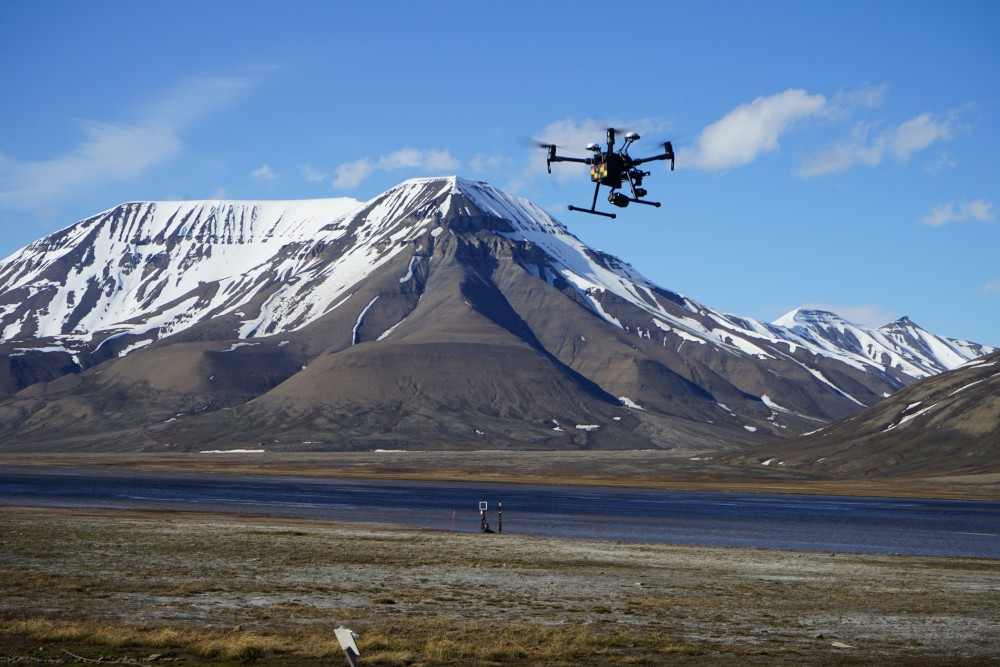 Police in Finnmark on Monday arrested 47-year-old Andrey Yakunin in Hammerfest, accused of flying a drone at Svalbard and possibly at other locations in Norway. This is the fourth time in a week that police makes an arrest on suspicion of illegally flying drones or photographing classified objects north in Norway.
Read in Russian | Читать по-русски
By

A judge at the Western Finnmark District Court on Tuesday ordered the son of one of Vladimir Putin’s closest allies placed in custody for two weeks after request by the police. The police asked for detention based on the risk of evasion, while investigations continue.

Andrey Yakunin is the son of Vladimir Yakunin, former president of Russian Railways.

“The man has Russian and British citizenship and is charged with violating the Sanction Act §4 for flying a drone in Norwegian territory at Svalbard,” said Police Prosecutor Anja Mikkelsen Indbjør to the Barents Observer.

“The police arrested the man on October 17 in Hammerfest and have seized drones and electronic devices that now are being analyzed,” she said.

“The content [recordings] from the drone is of great importance for the case,” the police prosecutor added.

In court, Yakunin noted that he should be regarded as a British citizen and that his home address is in Italy. The boat sailed around Svalbard and along the coast of Norway for a period of several months starting this summer.

Andrey Yakunin’s lawyer, Jens Bernhard Herstad, said to the Barents Observer that the sailing boat has its own crew. “The accused came onboard last week.”

Yakunin was also onboard for a period when sailing around the Arctic archipelago of Svalbard.

Herstad underlines that none of the other crew members are Russian citizens.

“He admitted flying a drone but had no reason to believe this was illegal. He is a British citizen,” lawyer Jens Bernhard Herstad said.

“The court order will be appealed.”

47-year-old Andrey Yakunin is the son of the well-known Russian businessman Vladimir Yakunin who is a close Vladimir Putin associate. The father was in the wake of the annexation of Crimea placed on the US State Department’s sanctions list of Russian officials and businessmen.

Andrey Yakunin himself made headlines in exile-Russian media earlier this year when he stated strong opposition to the military invasion of Ukraine. He added that he never voted for Vladimir Putin.

The plant processes natural gas from the Snøhvit field in the Barents Sea. Most of the LNG from Hammerfest is sent to customers in Europe. The arrested has not been accused of flying a drone near the processing plant.

The sailing yacht, the United Kingdom flagged “Firebird“ was on Wednesday still at port in Hammerfest, according to MarineTraffic.com.

Fourth time in a week

The arrest comes only days after six other Russian citizens were arrested, four in Mosjøen, one in Tromsø and one in Kirkenes.

The one that was detained at Storskog border checkpoint was about to leave Norway. The police found two drones in his luggage and many hours of recordings from different places in the country.

Russian citizens are not allowed to fly drones in Norwegian airspace, including at Svalbard and the 12 nautical miles sea territory from land.

This article was updated at 18.30 (Norwegian time) with the name of the accused being Andrey Yakunin after the law firm made it public.