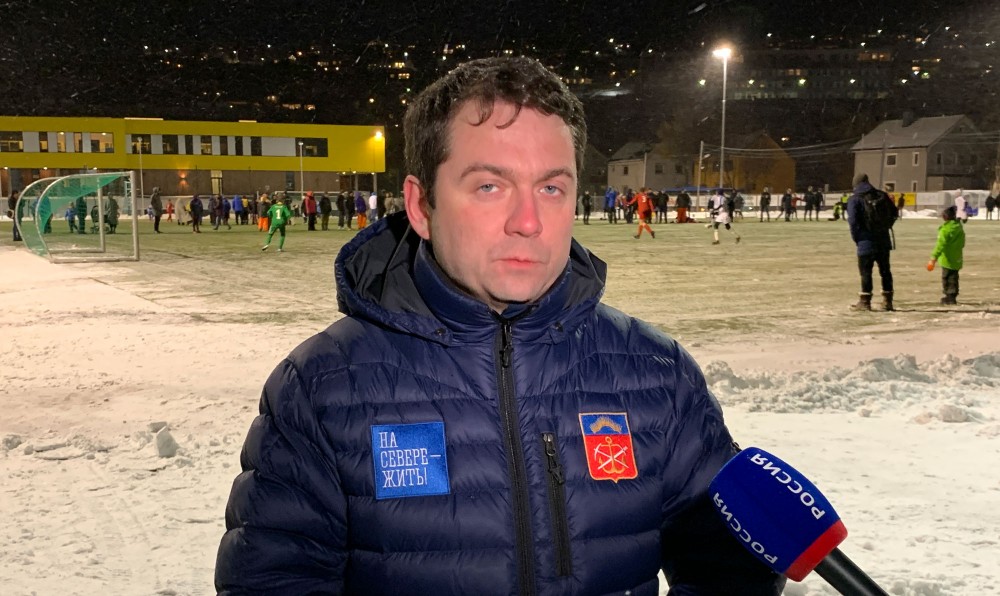 Andrei Chibis in Kirkenes, Norway, in 2019. He might never be allowed back across the border to the neighbouring country. Photo: Atle Staalesen

Kidnapping of Ukrainian children is key reason why Governor Andrei Chibis is included in the Norwegian sanctions list. There are now at least 125 deported Ukrainian children adopted by Russian families.
Read in Russian | Читать по-русски
By

The Nordic country is due to follow in the footsteps of the EU Council that on the 16th of December adopted its 9th sanctions package against Russia.

“Norway has successively included all the EU sanctions lists in Norwegian legislation [and] that also applies to the list of 16th of December,” Foreign Minister Anniken Huitfeldt confirms.

The latest EU sanctions include another 49 legal entities and 141 individuals, among them Murmansk Governor Andrei Chibis. The regional leader is “involved in the illegal transportation of Ukrainian children to Russia and their adoption by Russian families” and his actions “violate the rights of Ukrainian children and infringe Ukrainian law and administrative order,” the EU Council decision reads.

According to the Murmansk Ombudsman for Children’s Rights, a total of 125 Ukrainian children has been adopted by Russian families.

Foreign Minister Huitfeldt says that the Norwegian government is very concerned about the alarming reports about illegal adoptions, including in Murmansk Oblast.

She underlines that Norway on several occasions has expressed concern about Russia’s forced deportations and adoptions of Ukrainian children in the UN and other international organisations.

“The ones that have committed war crimes and other abuses must be put to justice,” Foreign Minister Huitfeldt underlines.

The comments from Foreign Minister Huitfeldt came as response to a question raised by MP and former FM Ine Eriksen Søreide.

“Is the Government familiar with the extent of illegal adoption of Ukrainian children in Murmansk Oblast, and how does the Government work internationally to contribute to the return of the children to Ukraine […],” Søreide wanted to know.

The Governor of Murmansk is one of the most outspoken pro-war regional leaders in Russia, and he for months traveled across the Kola Peninsula with a large “Z” on his chest. On the 24th of September, he stood ready at the Murmansk airport to greet a group of 11 children that arrived from occupied Ukrainian territories.

“I believe that our North will be a good home for them,” the governor underlined.

In the group were several kids aged only 6-7 years, a video from the governor’s office shows.

The children now live in foster families in the towns of Kandalaksha, Kovdor, Polyarnye Zori and Olenegorsk, the regional government informs.

According to Avletina Andreeva, the Murmansk Ombudsman for Children’s Rights, there were by late September last year a total of 125 children from occupied Ukrainian lands adopted by Russian families.

The kids are either orphans or children left without parental care in the so-called Donetsk People’s Republic, she says in a social media post.

“I could not refrain from participating in such an important and good deed,” she underlines.

“Only thanks to the participation of each and every person not indifferent to someone else’s misfortune, the children of Donbas got a family, and that means love, care and support!” she says.

“Please let their future be peaceful and happy!” she proclaims.